Star Turn filly Startantes has notched her first win of the season, and her third overall, with a brilliant turn of foot at Doomben.

The Rob Heathcote-trained pocket-rocket let down from last on the corner to score running away in the Souths Sports Club Hcp (1200m) on Wednesday.  “It was a lovely cool ride from Leah (Kilner),” Heathcote said.  “She’s has a bright future and so does Startantes.”

Heathcote bred the 3yo filly by using Vinery sire Star Turn over his Champagne Classic Gr.2 winner Funtantes (Easy Rocking).  She had won at Eagle Farm and Doomben during her first prep earlier this year and resumed with some slick sectionals when beaten by Group 3-winning colt Alpine Edge at Eagle Farm last month.

“She has an awesome pedigree and we’ve been breeding winners from the family for three generations,” Heathcote added.  “She isn’t tall but there’s a bit of her and we were confident coming back from a Saturday race today.”

Startantes is one of 21 individual first-crop winners by Star Turn and among the next wave are this week’s promising placegetters Rebel County (Scone) and Golden Monkey (Geelong).  His filly Starsongari also has her hoof on the till first-up at Gawler next Wednesday following an eye-catching trial win at Morphettville last Monday.

Starsongari is a flashy chestnut with trainer Chris Bieg and came from last at the half-mile to take a split and win untouched under Jade Doyle.  She was bred by Lime Country Thoroughbreds and was a $90,000 foal graduate from its draft to the 2019 Magic Millions National Foal Sale.

Her dam Msongari (Show A Heart) won in New Zealand and at Hawkesbury and second-dam Flying Babe (Flying Spur) was a Champion NZ 2YO.  “She has thrown to the sire with four white stockings and a blaze,” Lime Country’s Jo Griffin said at the Gold Coast Sale.  “She’s strong with plenty of bone and has a beautiful action.” 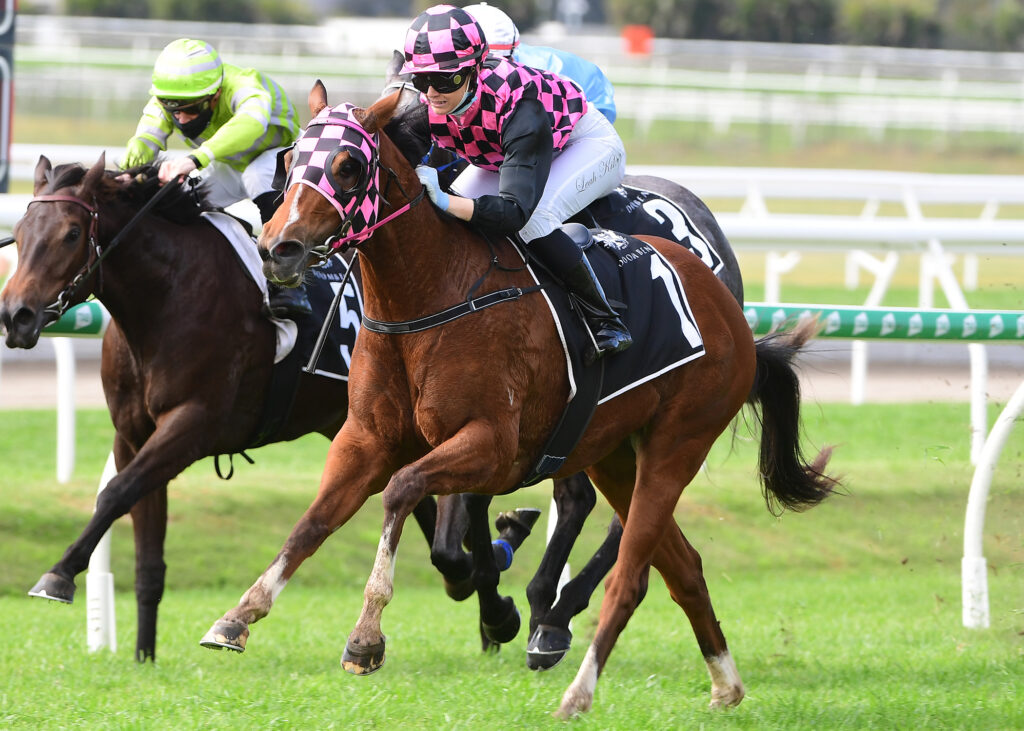