Master Of Design’s winning run this month continued when his pocket-rocket Cash Crisis powered home to claim the Winter Sprint (1000m) at Wagga on Sunday.

Cash Crisis clocked 58.20s on a soft surface after having last crack at the leaders.  “That’s his first win over 1000m but he was bouncing around in the yard so I thought it would suit second-up,” trainer Craig Widdison said.  “He’s all heart and is as tough as they come.

“There were excuses first-up when he had no cover but Nick (Souquet) rode him a treat today.  They settled off the pace and then chimed in to beat a good field of sprinters.”

Widdison prepares Cash Crisis for a syndicate that includes owner-breeders Peter and David Tobin.  They won stakes races at Flemington and Rosehill with his second-dam Draw Card (Arch Sculptor).

“The Tobins have been fantastic supporters and it’s a pleasure to have this horse in the stable.  He’s a ripper.”

Master Of Design’s NZ-based miler The Mitigator has won 5 races for Matamata trainer Peter McKay and he was last seen going down a length and change in the G1 Easter Hcp at Ellerslie.

His Hong Kong sprinter Lakeshore Eagle debuted with a Happy Valley victory earlier this season and returned from a spell for a last-to-first win at Sha Tin on June 16.  He was bred by Tony Stevens and John Cappellin and won trials at Pakenham and Cranbourne for before transferring to trainer Chris So.

Holee Money is another expat knocking on door for Master Of Design following a close third at that same Sha Tin meeting last week.  He had been sidelined for 18 months with a tendon injury after a debut fourth at Happy Valley in November 2017.

Trainer Tony Millard has taken time bringing Holee Money back to fitness for owner Dr Daniel Lee.  He was bred by Adam Sangster and is from a half-sister to Hong Kong stakes winner Packing Winner (Zabeel).

Master Of Design (Redoute’s Choice) is based at Greta West Stud and there have been 71 individual winners of 162 races from his first three crops.  He stands for a $4,400 service alongside King Of Prussia ($2,200). 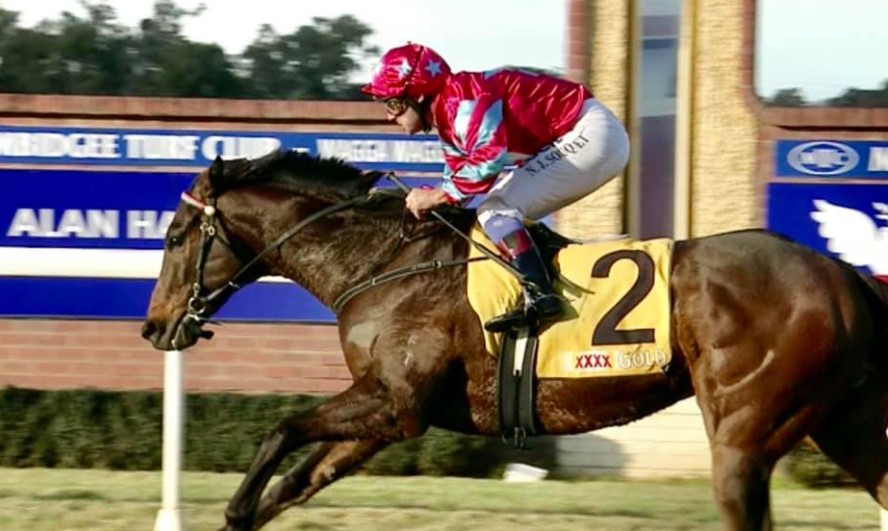