Safeguard and Sessions have traded blows with their first two crops and the third round is developing into another close contest going into Saturday’s stakes card at Ascot.

The parallels go back to their racing careers when Peter Snowden trained the pair for owner-breeder Sheikh Mohammed.  Sessions won a G2 The Shorts at Randwick and Safeguard a G3 Kindergarten Stakes at Randwick.

Safeguard (Exceed And Excel) won the WA 2YO and First-season titles in 2018-19 before Sessions (Lonhro) turned the tables with Second-season honours in 2019-20.

Sessions ($853,060) holds a slim lead over Safeguard ($852,170) this season but the latter is on a roll following the wins of Iseered Iseered (Ascot) on Wednesday and Hariasa (Pinjarra) on Thursday.

Iseered Iseered (3g Safeguard – Runzonred by Red Ransom) had won a Kalgoorlie maiden on debut for trainer Luke Fernie in October and was never seriously challenged in the Seacorp Hcp (1100m) on Wednesday.

“Mitch (Pateman) got away with murder in front,” Fernie said.  “Coming to the top of the straight, he was never going to get beaten.  That was obvious off those easy sectionals.

“I’m looking forward to see where he goes from here.  I think he will be better chasing instead of leading.”

Talented 2yo filly Policiere can send Safeguard clear in the $150,000 Gimcrack Stakes (1100m) on Saturday.  A win would also see her vie for favouritism ahead of the $500,000 Karrakatta Plate on April 3.

Policiere is an Oakland Park homebred for Neville Duncan and carries his XX5 brand for a syndicate that includes co-trainer Dan Pearce’s wife Danelle.  She scored back-to-back wins at Ascot before resuming with an on-pace sixth in the LR Supremacy Stakes at fortnight ago.

“She’s a tough, professional filly,” Dan’s brother Ben Pearce said.  “She been working nicely and the Supremacy was a good run to kick off her Karrakatta campaign.”

Duncan was instrumental bringing Sessions and Safeguard to Western Australia.  Sessions is based at Oakland Park where he covered 120 mares in 2020.

Safeguard arrived in the west for a partnership between Oakland Park and Mogumber Park owners Colin Brown and Fiona Lacey.   Duncan sold his share to Santo Guagliardo in January 2019. 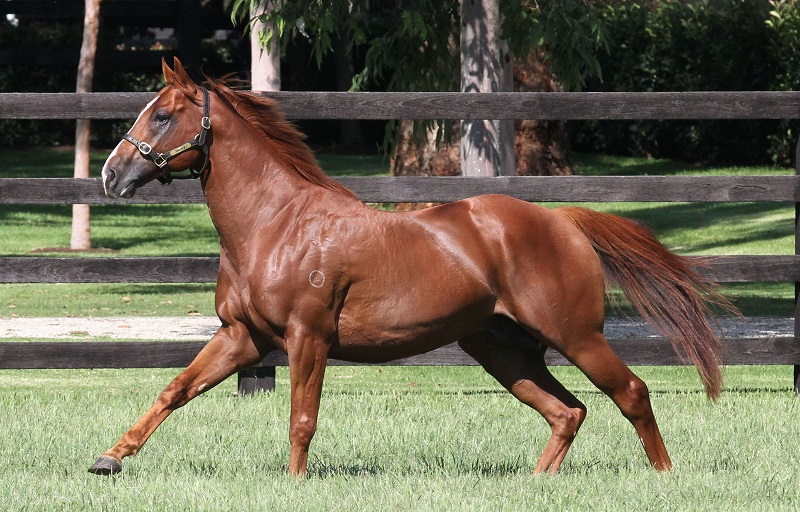