Press Statement is off on another one of his winning forays and it reached six winners in four days when Tawfiq Lass was successful for the sixth time at Randwick on Wednesday.

The Vinery sire logged 15 individual winners in a month before Easter and there was another burst of 10 in June.  They are part of an overall season tally of 60 individual winners of 101 races which puts him Top 5 on the Australian third-season sires’ table this season.

“She needed a couple of runs this time in to tighten up and she put them away today,” winning jockey Jarrod Fry said.  “It’s was a comprehensive win and there’s a bit of improvement left before we reach the bottom with her.”

It’s Classified (4m Press Statement – Kim Classic by Encosta de Lago) shouldering 62kg at the ‘Bool and she has several stablemates managed by Brad Spicer at Smith’s satellite stable.  She was bred by Woodside Park and is from a WATC Raconteur Stakes (LR, 1400m) in Perth.  Second-dam Kim Angel (Serheed) won 8 Stakes races in the west topped by a WATC Derby when it was a Group 1-rated classic in 1998.

Press Statement passed 100 wins on Tuesday when Regal Pom bolted in by eight lengths in the Allan Denham Racing Hcp (1600m) at Wyong.  Rated perfectly in front by claiming apprentice Ellen Hennessy, he led home a long-distance Vinery-sired trifecta from Flyway (Star Turn) and Party Stop (All Too Hard).

Regal Pom (3g Press Statement – Texas Spur by Flying Spur) was a $120,000 buy for trainer Annabel Neasham from Blake Ryan Racing at the 2020 Inglis Ready2Race Sale.  He’s the first foal out of a Catherine Remond-bred mare from the immediate family of Bruce McLachlan’s Stakes-winning sprinter Presently.

Tawfiq Lass made it 101 wins for Press Statement this season at Randwick on Wednesday.  A last-start Canterbury winner for trainer Kris Lees and Australian Bloodstock, she responded to an inside-run gambit by Willie Pike to land the Bowermans Hcp (1300m) on a Heavy 10.

“She let down wonderfully in the wet under a perfect Pikey ride to win again!” Australian Bloodstock’s Luke Murrell said.  “That’s six wins from this beauty of a mare.”

Tawfiq Lass (4m Press Statement – Tawfiq Valley by Purrealist) was bred by Brian and Sandra Elliott and reared at Carramar Park where she’s remembered as an especially good doer by studmaster Wayne Alchin. 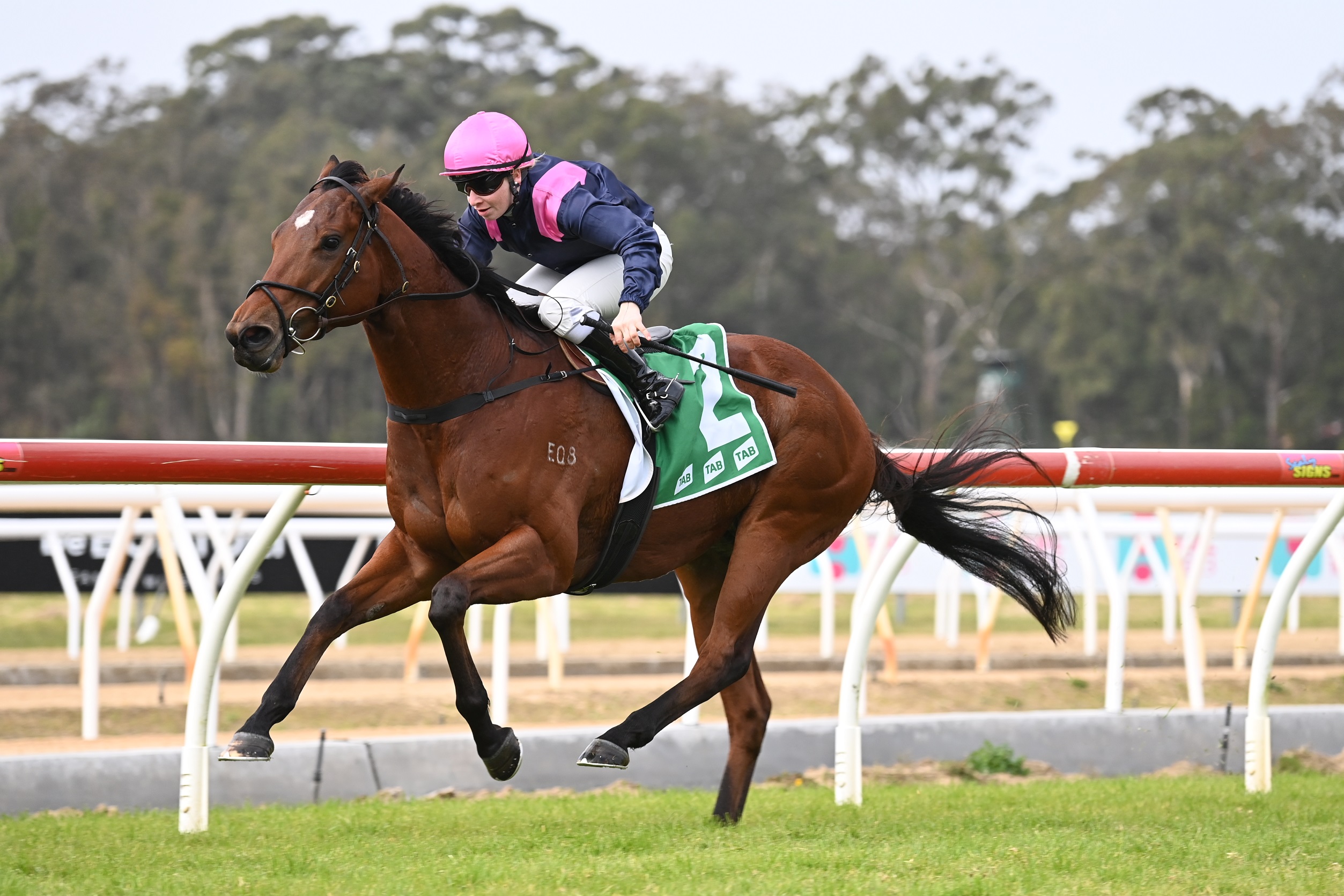