Propeller prevailed in the opening race of the Mt Barker season on Sunday but it was far from a straightforward victory.

The Proart 4yo was difficult to load on debut and delayed the start of the Cartehil Maiden (1200m) before racing greenly in the straight.  Stewards reported she shied outwards and became severely unbalanced forcing Jordie Turner to stop riding and correct his mount in the shadows of the post.

Nevertheless, Propeller refused to surrender and held on for a narrow win over Prized Nemesis (Alfred Nobel) and Black Missile (Musket).

“She’s new to the stable and it was a very gutsy run!” trainer Roy Rogers said.  “I’m super excited to see what’s ahead for this tough little filly and really appreciate Lindsey Smith and her owners for the opportunity.”

Proart (Rock Of Gibraltar) claimed black-type in the G3 Scahill Stakes and LR Bunbury Stakes before retiring to stud.  Based at Balmoral Park in Bedfordale, his winners-to-runners strike-rate is a healthy 59%. 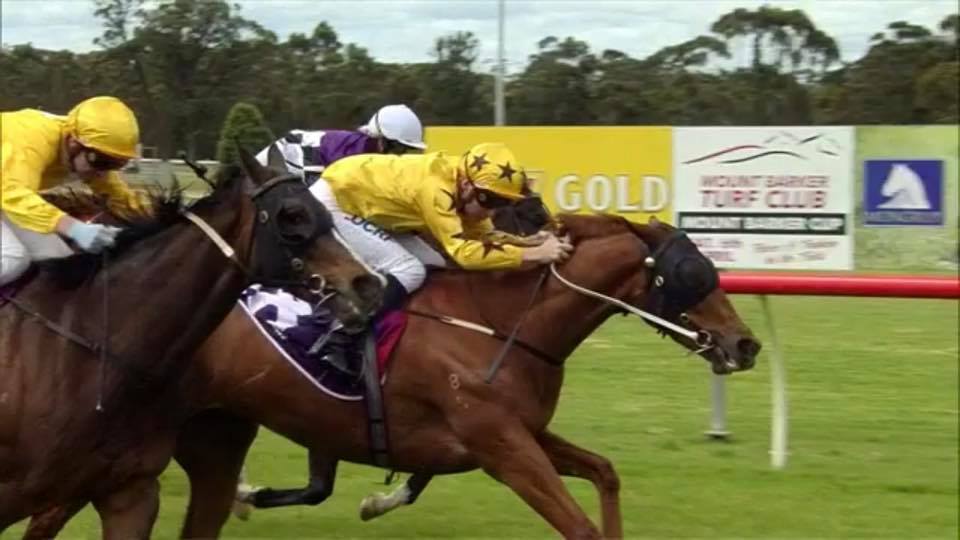