More Than Ready has another Group 1 on the horizon with Spring Heat in New Zealand.

Racing first-up in the Powersafe Electrical Hcp (1200m) at Ellerslie on Tuesday, she sat in the box-seat before gathering in Born Dragon (Nicconi) to win by a long neck.  Her connections are hoping it’s the springboard to a Group 1 campaign for the Railway Stakes at Ellerslie on New Year’s Day.

“That was a really nice ride by Craig (Grylls),” co-trainer Andrew Scott said.  “She had a nice draw, was in a position to strike and quickened well.

“We had Railway aspirations with her this time last year but we didn’t quite get there because of a late start to the season.  We’ve given her three trials since August in preparation for this summer and that’s a real confidence-booster.

“This race has been a pretty good guide for the Railway and, fingers-crossed, the same sort of form will come out of today.”

Spring Heat (5m More Than Ready – Emaurismo by Redoute’s Choice) won the 2017 Bonecrusher Stakes Gr.3 at Ellerslie before a creditable fifth at her first Group 1 test in the Levin Classic at Trentham.

Bred by Jenny Mackay at Cangon Stud in Dungog, she made $240,000 out of the Sledmere Stud draft to the 2016 Inglis Easter Yearling Sale.  Her dam Emaurismo foaled another More Than Ready filly in September.  Second-dam Katima was a Group 2 winner of the Silver Shadow Stakes at Warwick Farm.

Vinery legend More Than Ready has been represented by 24 individual Group 1 winners among 198 stakes winners.  Uni claimed his latest Group 1 in the Breeders’ Cup Mile at Santa Anita on Saturday – it was her third strike at the elite level following the Matriarch Stakes at Del Mar and First Lady Stakes at Keeneland.

More Than Ready has another strong draft of yearlings entered for the 2020 Gold Coast Magic Millions including the Vinery-consigned colts from Rosenet (Hussonet) and You Da One (Fastnet Rock). 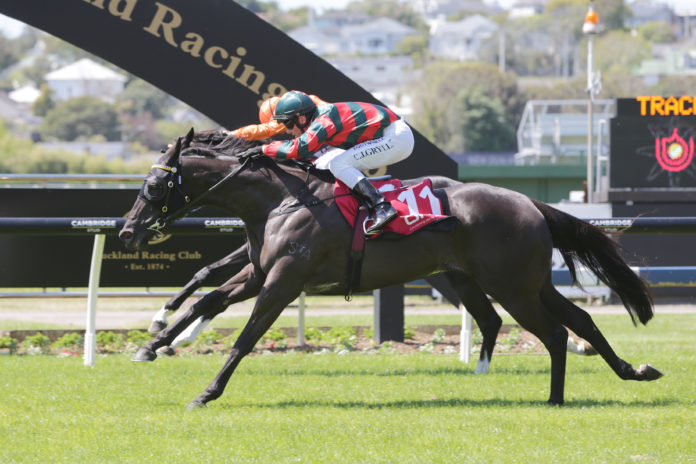