Publishing is off to a positive start at stud.  His first starter Angie’s Diary came from near last to snatch second spot in the Hopeful Stakes at Toowoomba on September 22.

Angie’s Diary (2f Publishing – Angie’s Gold by Danehill Dancer) is raced by Greg Wagner and she has been nominated for the Brisbane 2YO event at Eagle Farm this Saturday, October 6.

Wagner has a yearling sister to Angie’s Diary and both fillies have all-purpose pedigrees.  Their dam won three sprints and she is a half-sister to G3 Port Adelaide Cup winner Moongara and Randwick’s G3 Carrington Stakes winner Our Lance.

Publishing has an all-purpose draft of his own coming up at the Magic Millions HIT Sale.  And they drew more admirers after five of them breezed a sub-11s sectional at the Gold Coast.

Publishing (Testa Rossa) stands for a $4,400 (inc gst) service fee at Raheen.  The Magic Millions HIT Sale is timed for October 31 and November 1.

Publishing’s colts looked very sharp as a group when breezing at the Gold Coast on September 17.  The fastest of his Raheen colts (10.69s) was the first foal from Gold Coast winner Electric Lass (Twining).

Next best was the colt from Dodgette in 10.78s.  The dam is a winning sister to Dodgem who was beaten a long-head by Reclaim in the 2003 G2 Grand Prix.

A Publishing colt being sold by Robyn Wise as agent, also cracked 11s when clocking 10.80s at the Gold Coast.  He is catalogued as Lot 67 and is from Snippets mare Cheekies.  The dam hails from a Newhaven Stud family that also spawned Champion 2YO Marauding (Sir Tristram)

Symphony Lodge breezed its Publishing colt from Moondust Magic a tick faster in 10.79s.  Catalogued as Lot 240, his dam is a half-sister to G1 WATC Derby winner Natasha (Old Spice). 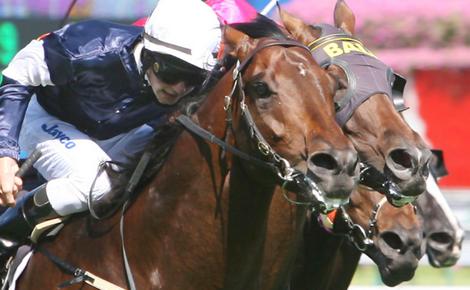