Darling View sire Patronize has completed a city double with promising 3yo winners Power Of St George and Belle Of Liberty at Belmont.

Power Of St George started an odds-on favourite second time out last Wednesday and kept lifting to defeat Peters Investments filly Real Beauty (I Am Invincible). “He’s big, gangly and raw-boned,” trainer David Harrison said after the TABTouch Maiden (1200m). “I might give him one more run and then turn him out. He will develop into a Saturday horse and go a mile at least.”

Patronize sired him from Danecay (Love A Dane) who won a LR Matchmaker Classic, Kentiara Classic and Diggers Cup. She has now foaled five winners and Harrison has her 4yo gelding Position Of Power (Scandal Keeper) ready to win again following a first-up placing at Belmont earlier this month.

Belle Of Liberty also started in the red to win the Free Entry To Belmont Park Hcp (1400m) on Saturday. “That was a good effort and she’s come a long way to bank a great Westspeed bonus,” trainer Adam Durrant commented. “I didn’t think it was a one-horse affair. She controlled the race but the runner-up (My Fair Balentine) is a nice filly, too.”

Her dam Lucky You (Canny Lad) is an unraced half-sister to Caulfield Group 1 winner Desert Sky. Westbury Park’s Phil Ibbotson bred and sold her Patronize filly for $65,000 through the Western Breeders Alliance draft to the 2018 Perth Magic Millions.

Lucky You has a yearling colt by Westbury Park sire My Admiration and she was covered by Darling View sire Lucky Street last year.

Patronize also has classy 3yo filly Mia Dolce returning to action at Belmont this Saturday following a busy juvenile campaign consisting of 6 wins in 13 starts. “She only had a month off before I brought her back in,” trainer Jayce Buckley revealed. “It’s wasn’t ideal – I would have preferred to give her an extended break – but she wasn’t doing very well in the paddock.

“She enjoys being in work and has blossomed since coming back to the stable.”

The summer carnival will come too soon for Patronize 4yo Fred Dag who has been sidelined with a sesamoid injury. He won two in a row at Belmont in July and trainer Bruce Watkins was also aiming at a November 16 goal in the G3 R J Peters Stakes (1500m).

Patronize (Redoute’s Choice) stands at a $4,400 fee at Darling View alongside Lucky Street (Oratorio) who is available for $5,500. 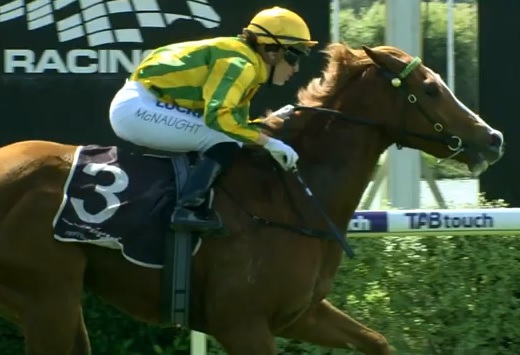