Regal Power (Pierro) started way above the odds ($14) for a horse with his record such was the dominance of boom cerise and white colour-bearer Western Empire who was coming off a runaway victory in the G1 Railway Stakes.

Bob Peters did warn punters the favourite was a risk and being posted three-wide aggravated an extra 5kg into weight-for-age company.  It was a nightmare trip for jockey Willie Pike and stewards rubbed salt into his wounds with a 17-day suspension for careless riding.

“I aimed him at this race and purposefully missed the Railway Stakes,” Peters said as Patrick Carbery brought the winner back to scale.  “He’s a proven weight-for-age winner, he likes the distance and everything was in his favour.

“He went to Melbourne and came home sick earlier this year.  It took a lot of work from a lot of people to get him back fit and healthy.”

Regal Power had won a Belmont 3yo maiden in August 2018 and finished the season emulating his older full-brother Action with a Group 2 victory in the WATC Derby.  He returned as a summer 4yo to win the G1 Railway Stakes in November 2019 and then transferred to east to win the $5 million All-Star Mile at Caulfield in March 2020.

He hails from one of the most successful families groomed by Peters Investments.  His dam Broadway Belle (Redoute’s Choice) is related to 2018 Kingston Town Classic heroine Arcadia Queen (Pierro).

She has been constant cover for Coolmore Stud sire Pierro and they have a 2yo filly named Regal Order and a yearling colt already registered as Regal Service.

Peters and his wife Sandra, along with trainers Grant and Alana Williams, are the first owner-trainer team to clinch all three legs of the TABtouch Masters following the earlier wins of Western Empire (Railway Stakes) and Graceful Girl (Winterbottom Stakes). 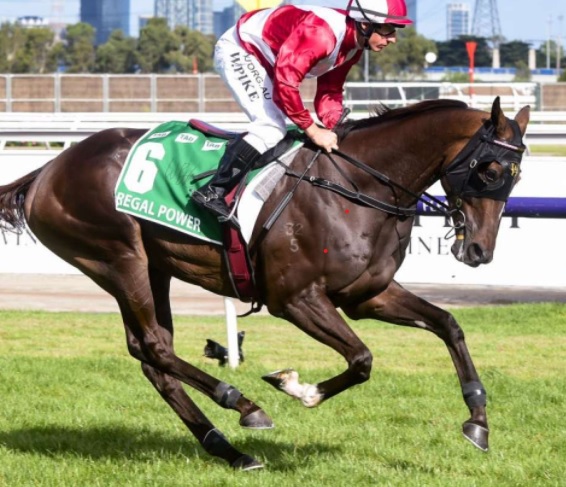