The winning run for Vinery sire Press Statement continued on Tuesday when his filly Victorella scored second-up at Newcastle for trainer Kim Waugh.

She was knocking on the door after an unlucky placing on debut but eased from red figures to a shade of odds-against prior to the Hunter Valley Premier Meats Maiden (1200m).  Jockey Jay Ford let her loom up in the straight and she worked home strongly to win by a half-length from the early leader Hasalake (Delago Deluxe).

Victorella (3f Press Statement – Waveline by Stravinsky) was a $50,000 buy for Aston Bloodstock’s Wilf Mula at the 2019 Inglis Classic Sale.  “She’s a lovely filly but is six months away,” Waugh said.  “She had done well in the stable since her first start and I thought we could win one before sending her out for a break.  There’s plenty of upside and she relished the step up to 1200m.

“Being a November foal, she’s still maturing but has potential.  And it’s good to get an early result for Wilf today.”

Victorella’s dam Waveline (USA) was a stakes winner at Hollywood Park and has already thrown the All Too Hard winning fillies Wisama and Waimea Bay.  The latter was also stakes-placed in a Canberra Guineas LR.

Press Statement is on a roll with 7 individual winners in the last 7 weeks around Australia.  He’s also sired first-crop winners in NZ and South Africa. 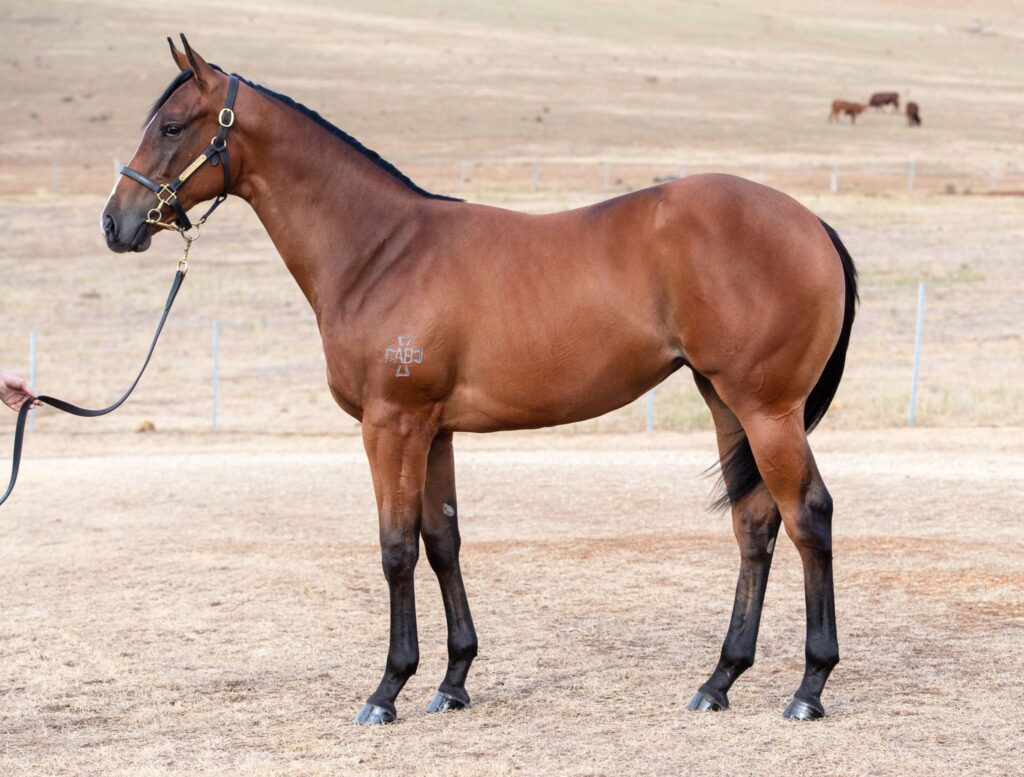