Tony McEvoy’s progressive 3yo Antipas provided Testa Rossa with his first winner of the season at Pakenham on Tuesday.

Vinery Stud’s elder statesman has just turned 21 but acts and looks half his age ahead of his latest book in the Hunter Valley.

Antipas (3g Testa Rossa – Flying Mistress by Flying Spur) has always been rated highly by McEvoy.  After a strong second over 1300m on debut at Geelong in June, McEvoy stepped him straight up to 1800m at Flemington and he was far from disgraced in open company behind stakes performer Anchor Bid.

“He dropped back to a mile today and was always travelling lovely behind a moderate tempo,” winning jockey Jye McNeil said after the APM Group Maiden Plate (1600m).  “The front-runners kicked to put three lengths on him and I thought they might be hard to catch.  But once balanced, he showed a touch of class to win easily.”

Antipas was a $100,000 buy for McEvoy at the 2016 Inglis Melbourne Premier Sale and he won running away by more than two lengths from the favourite Yesido (So You Think).  “He was off the bridle at the top of the straight and is looking for more ground,” McNeil added.  “He will be a much better horse next prep.”

Testa Rossa finished last season with the winners of 109 races and prizemoney totalling more than $4.15 million.  He sired 6 individual stakes winners – the same as Written Tycoon & Lonhro – and they were headed by Amelie’s Star (Queen of the South Stakes-Gr.2) and Testashadow ($1 million Magic Millions Cup-RL).

Unbeaten Perth filly Enticing Star was also on track for black-type before she was hurt after a last-start victory at Belmont.  The Bob Peters-bred daughter of Testa Rossa broke loose from a raceday stall and sustained injuries to her abdomen, ribs and legs.

Enticing Star is from More Than Ready stakes performer Favourite Star and her More Than Ready three-quarter brother was purchased by Lindsay Park for $110,000 at the Inglis Melbourne Premier yearling sale earlier this year. 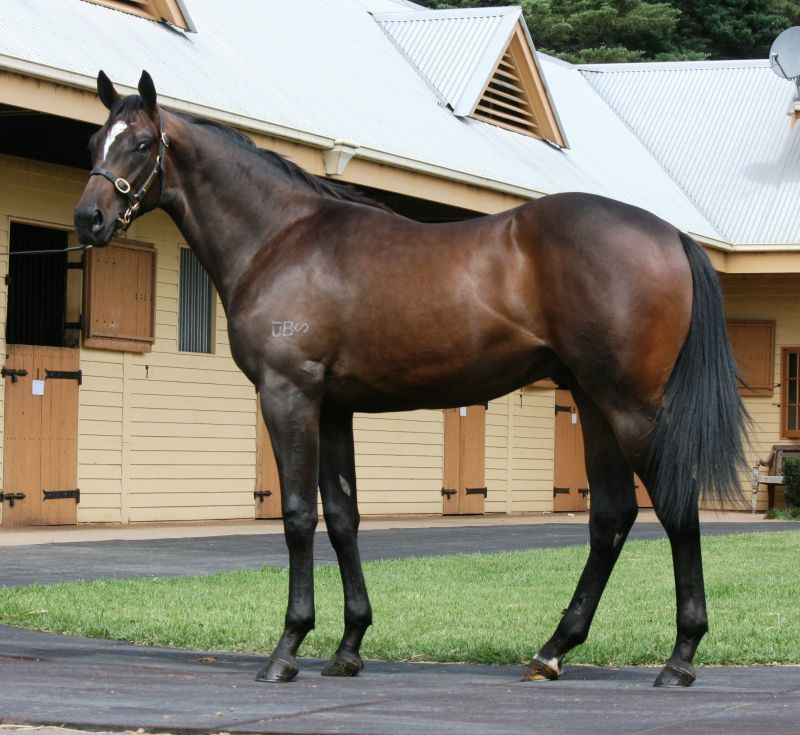