Just A Pinch (3f Gingerbread Man – Mireille by Husson) established a winning break at the top of the straight in the Amelia Park Hcp (1000m) but veered out passing the 100m pole causing Billy Ray (Sebring) to take evasive action.  Stewards denied the objection citing a one and a quarter length margin and the fact the runner-up contributed by shifting in. 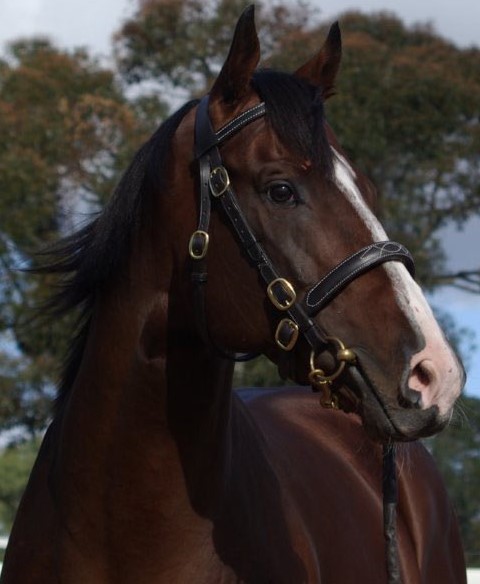 “She did wobble out but there was plenty left in the tank,” jockey Peter Knuckey claimed.  “I thought we would land outside the lead but they went pretty quick and I was happy to sit behind the speed.

“She’s only small but, in the right race, another win isn’t far away.”

Just A Pinch won an Ascot nursery on debut this time last year and bowed out of her second prep with an unplaced run in the LR Placid Ark Stakes in November.  “She has trained on nicely from her first-up run here a fortnight ago and is getting better and stronger,” Sean Casey said.  “I think she will furnish into a handy horse.”

A homebred for Wally Daly, she is from a half-sister to Vega Magic (Lope de Vega) who won the G3 Scahill Stakes and G3 Colonel Reeves Stakes for Daly and his late brother George.  Her dam Mireille has subsequently been covered by Godolphin sires in NSW and has foaled a colt by Territories (Ire) and fillies by Astern and Harry Angel (Ire).

The Caseys also prepare Wally Daly’s Gingerbread Man 2yo Ain’t No Other Man who landed a plunge first-up at Ascot in March before losing by a lip to Featherweight in the Crown Perth Plate (1100m) at Ascot last Saturday.

Gingerbread Man (pictured) has a winning connection in Victoria with Okay To Pay and Ginger Jones.  They are both raced by Aqua Thoroughbreds owner Tom Curnow.

Okay To Pay improved her record to two wins in three starts at Bendigo last Tuesday.  And last-start Mornington winner Ginger Jones accepted but was subsequently withdrawn from the LR Bel Esprit Stakes (1100m) at Caulfield this Saturday.