Trainer John Thompson will pass up the chance of winning a Group 1 at the Brisbane winter carnival with Purple Sector in favour of spring campaigns in Sydney and Melbourne.

After Purple Sector (NZ) won the G3 Rough Habit Plate (2000m) at Doomben on Saturday, Thompson revealed the colt had not been nominated for the G1 Queensland Derby on June 8. “He had an arduous autumn in Sydney and I don’t want to overtax him. We wanted to spell him up here so we picked this race before sending him out.

“He suffered a few heavy tracks down south and got a bad check in the Rosehill Guineas but Blake (Shinn) gave him a lovely run today and that made the difference.”

Purple Sector (3c Pins – Eden Valley by Zabeel) is from a sister G1 Vinery Stud Stakes winner Hill Of Grace and was purchased by DGR Thoroughbred Services (FBAA) for $60,000 at the 2017 NZB Premier Yearling Sale.

The Rough Habit result sent his earnings past $203,000 for part-owners Matthew Sandblom, Joseph Hayek and Think Big Stud which is managed by DGR principal Duncan Ramage.

“He had run a few ‘Purple Sectors’ recently and we just needed it to be deployed at the optimum moment for advantage,” Ramage said. “And we had every confidence in B Shinn.”

Thompson’s decision to bring down the curtain on Purple Sector’s campaign met with Shinn’s approval. “It’s easy to say push on and no doubt he would be a great chance in the Queensland Derby. But John is trying to create his own destiny for the horse and he could be a really good spring carnival contender.”

Think Big Stud has a more than useful back-up for the classic in the shape of its homebred colt Carif. He’s by the late Dato Tan Chin Nam’s champion weight-for-age galloper So You Think from his G1 Vinery Stud Stakes winner Norzita (Thorn Park).

Norzita was sold for $1.70 million to John Freyer (FBAA) at the Inglis Chairman’s Sale last week. He was acting for Arrowfield Stud and it was later confirmed she will be covered by The Autumn Sun this year.

Hoofnote: Later in the afternoon at Doomben, Dubious won the G2 Champagne Stakes for trainers Ciaron Maher & David Eustace. The Not A Single Doubt colt is the first foal of Chantilly stakes-performer Suspicieuse (Elusive City) who was a €55,000 buy for Sheamus Mills Bloodstock (FBAA) at the 2013 Arqana Bloodstock Sale. 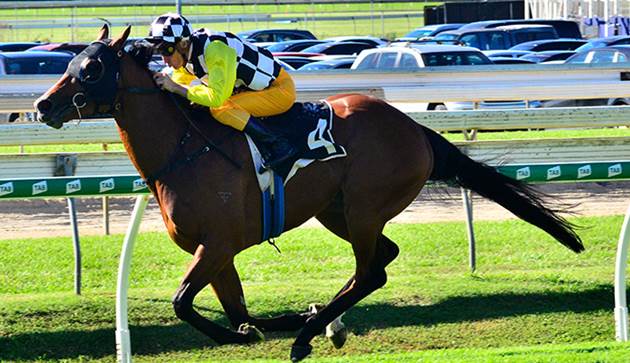