The Queensland Oaks (2400m) will probably come too soon for All Too Hard’s up-and-coming filly Windermere but trainer Toby Edmonds believes she’s a black-type winner in waiting.

Edmonds entered Windermere for the Group 1 classic at Eagle Farm on June 1 as a precaution, nevertheless, he has the option of a throw at the stumps after her gutsy victory over 1685m at Ipswich on Sunday.

“She’s a filly on the way forward and will appreciate stepping up in journey as the prep progresses,” Edmonds said.  “She was awesome winning her maiden by four lengths in December and looks to have a bright future!”

Windermere (3f All Too Hard – Rosetta Stone by Sadler’s Wells) started a short-priced favourite second-up and was flushed out three-wide approaching the home turn.  Left in front a long way from home, the bold-striding chestnut fought back strongly under Jeff Lloyd to defy her more seasoned rivals.

Blue Sky Bloodstock’s Julian Blaxland bought her for $50,000 on behalf of Emmanuel Bloodstock owner Mark Sowerby at the 2017 Inglis Classic Yearling Sale.  She’s certainly bred to be a classic filly – her dam is an imported sister to Brian Boru (English St Leger Gr.1) and the dam of Workforce (English Derby Gr.1).

Vinery champion All Too Hard is a Top 10 sire on the Australian 3YO winners (39) and wins (55) premiership this season for earnings over $2.05 million.  His gelding Borazon also holds a Group 1 classic nomination for the Queensland Derby on June 8 following an even fourth in the Rough Habit Plate Gr.3 at Doomben on Saturday.

Meanwhile, fellow Vinery sire Casino Prince has Baccarat Baby at $15 in pre-post markets for the Queensland Oaks Gr.1.  She was last seen finishing fourth in the Gold Coast Bracelet LR on May 4.

All Too Hard heads the Vinery roster at a $27,500 (inc gst) service fee this year while his sire Casino Prince stands for a bargain-priced $6,600 (inc gst). 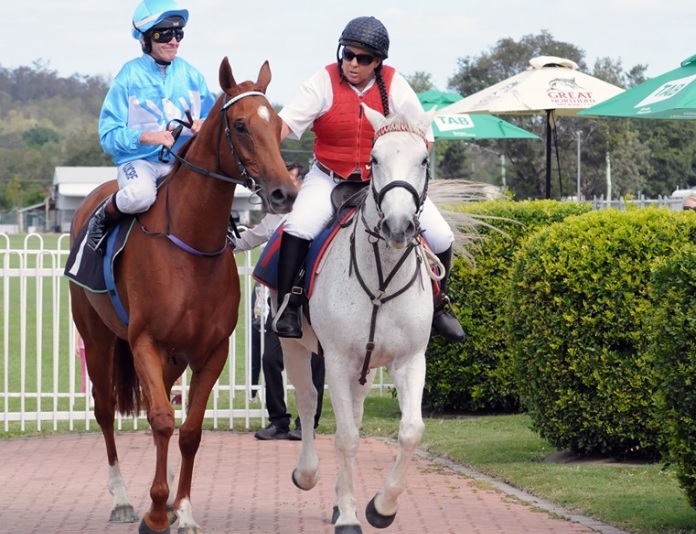