Widely-travelled Group 3 winning sprinter Raheeb has landed in Victoria to continue his stud career at Oritah Park in Kerang.

The powerfully-built chestnut retired to stud in 2010 and was based at Patinack Farm’s NSW and Queensland properties before relocating to Wattle Brae Stud in 2013.

His service fee remained in the region of $7,000 in the Sunshine State, however, Oritah Park owner Andrea Otto has gone for a more than reasonable asking price of $2,200 (inc gst) this year.

Raheeb (Royal Academy) is a brother to the dam of Coolmore Stud champion Fastnet Rock and he won the G3 Cameron Hcp at Newcastle and LR Paris Lane Stakes at Flemington in a 22 start career with trainers Anthony Cummings, Jason Coyle and Mick Price.

Queensland filly She’s Got Beauty opened his account in April 2014 and since then there have been 38 winners and 20 placegetters from 92 runners.

“He’s very easy on the eye,” Otto claimed after Raheeb arrived this week. “Everyone who saw him at the track said he was always a standout.”   Broodmare owner can contact Andrea on 0427 804 581. 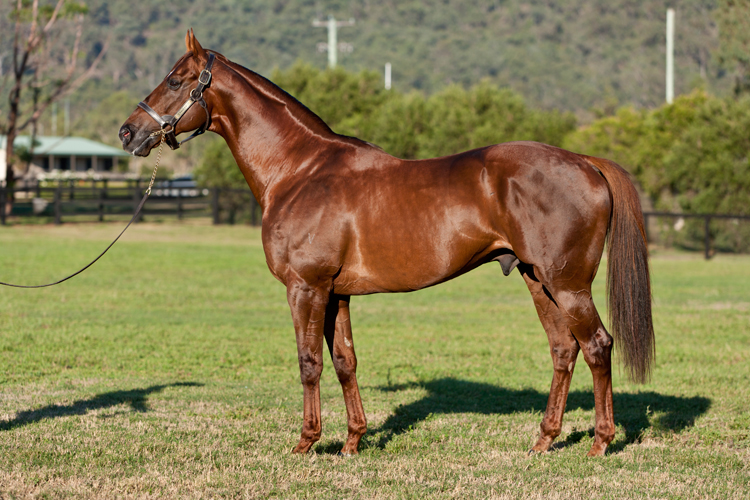