Randwick Bloodstock Agency (FBAA) and Victorian trainer Henry Dwyer were active at the Gold Coast Magic Millions and they have combined to buy an O’Reilly colt and Snitzel filly on Day 2 of the NZB Karaka Sale.

The last-crop O’Reilly colt was offered by Pencarrow Stud and cost $220,000.  He’s from NZ stakes winner Papilio (Redoute’s Choice) and descends from one of the many successful arms of the Eight Carat family.

The Snitzel – Montwest filly (pictured) is a half-sister to Amazing (Danroad) who won three races in Singapore for Laurie Laxon.  She made $210,000 on Tuesday and is from the immediate family of Zabeel’s G1 Melbourne Cup placegetter Maluckyday.

Dwyer had sourced Tavistock mare Tavi Bay in New Zealand and she won at Bendigo and Caulfield last season before claiming a $100,000 support race during the Melbourne Cup carnival at Flemington.

Randwick Bloodstock’s Brett Howard was also on a roll after watching star filly Volpe Veloce maintain her unbeaten record in the Karaka 3YO Mile at Ellerslie on Sunday.  He bought her dam Bardego (Barathea) for $46,000 on behalf of Rushton Park owners David & Kayley Johnson at the 2015 Magic Millions National Sale.

Bardego was carrying a Foxwedge filly that has been catalogued as Lot 365 for the Inglis Melbourne Premier yearling sale on February 28.

DGR Thoroughbred Services (FBAA) spent over $1 million on Monday at Karaka and outlaid another $615,000 on Tuesday for colts by Savabeel and Redoute’s Choice and a Reliable Man filly.

The Savabeel colt required a final bid of $400,000 from DGR agent Duncan Ramage.  His dam The Jewel won the G1 NZ 1000 Guineas and G3 Doomben Roses and has foaled stakes performers by Tale Of The Cat, Flying Spur & Fastnet Rock.

Astute Bloodstock (FBAA) was also in the market for a Reliable Man filly paying $220,000 for the first foal from Taupo winner Rio Rose (Captain Rio).  “This filly is built and bred to win an Oaks,” Astute agent Louis Le Metayer said.  “Her sire won the French Derby she has a deep girth and a big action.”

Later on Tuesday, Le Metayer paid $250,000 for a Dundeel half-brother to Group 2 Melbourne winner Meliora.  “He’s a superior athlete with a sensational temperament.  We loved him the minute we saw him.” 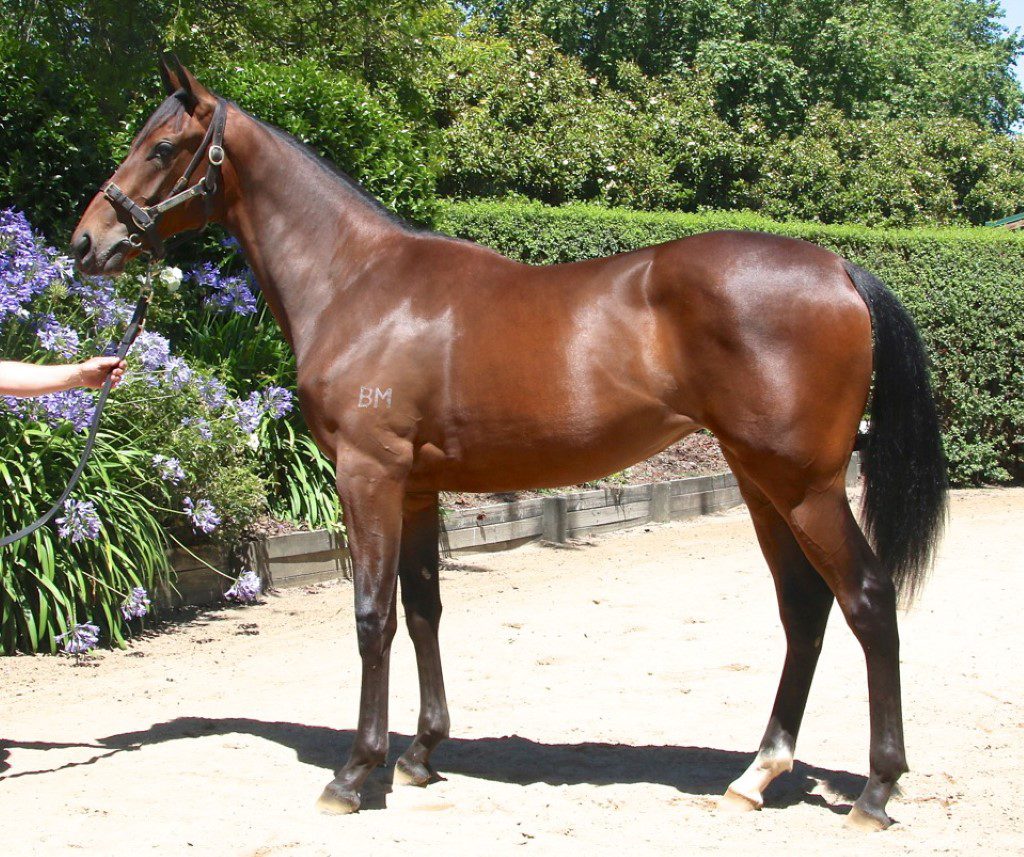