The Bostonian (NZ) is generating a steady stream of signed contracts for his sire Jimmy Choux (NZ) ahead of the G1 Moir Stakes (1000m) at Moonee Valley on Friday.

The Kiwi visitor is racing first-up at the opening night meeting of the season and will carry 58kg under the weight for-age conditions of the $1 million sprint.  He is being kept safe at $13 after completing a Group 1 double in the Doomben 10,000 and Kingsford-Smith Cup in May.

Jimmy Choux is currently covering his first WA book with Wayne and Tracy Rodwell at Roselee Park in Serpentine.  “His first PPT came back earlier this week,” Tracy said.  “It’s from Marlaina who was one the first mares he covered here in the first week of September.”

Marlaina (Oratorio) is owned by Alan MacAlister and her only foal to race has been Ascot winner My Laina (My Atacanta).  She descends from a Sunspeed family going back to Real Wonder (Ascot Stakes) and True Friendship (Initial Plate).

Jimmy Choux was a five-time Group 1 winner and stands for $4,950 at Roselee.  MacAlister purchased him from Rich Hill Farm in NZ a month before The Bostonian dominated the feature sprints in Brisbane.

Among his outside mares is Moonee Valley winner Tarp (Bletchley Park) who is owned by Dawson Stud’s Graham Daws.  Her first winner Mr Undercover doubled up at Belmont for owner-trainer Glenn McTaggart.

The Rodwells report Vital Equine (Ire) has also received reliable support from his owner Ron Sayers of Yarradale Stud and outside breeders like Brett Pope.  The best galloper among his 112 individual winners to date has been Material Man (Perth Cup Gr.2).

Meanwhile, The Bostonian has drawn an outside barrier in the Moir Stakes.  “It’s out of our control and it looks like they will run along pretty quickly,” trainer Tony Pike said.  “We will leave it up to Damian (Lane) and hopefully he can get some cover somewhere in behind them.” 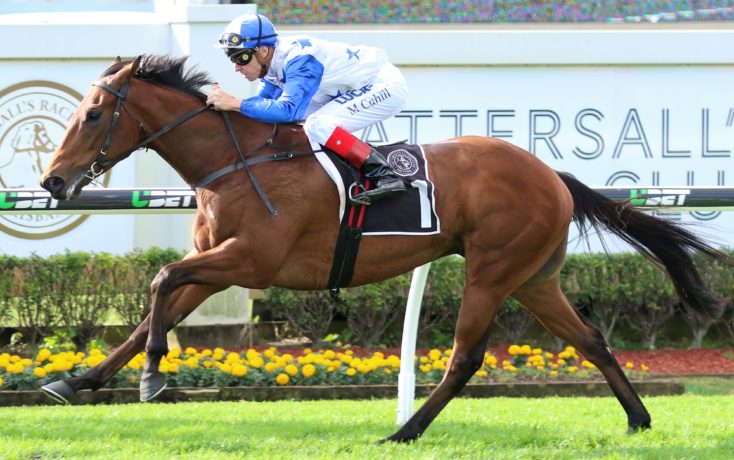