Despite resuming from a near four-month layoff, Red Can Man was shooting for his fourth win in succession and seven from his last nine.  Impressive to say the least.

The Gingerbread Man 3yo is now likely to head straight back to the paddock before returning to work and an eventual tilt at the Perth summer carnival.  All up, the flashy chestnut has seven wins and four placings from just the 12 outings for $645,590 in stakes.

Not bad for a horse that cost only $50,000 – courtesy of Western Breeders Alliance – at the 2018 Perth Magic Millions Yearling Sale.

Sitting just off the leader throughout, Red Can Man surged to the lead at the 300m mark in the Bolton before cruising to a comfortable victory…much to the delight of his large group of owners.

Interviewed post-race, trainer Steve Wolfe quipped that the owners were a “boisterous mob” but clearly enjoyed the moment and obviously the welcome return of ‘faces’ on course.

While Wolfe has saddled up Group Three WA Sires’ Produce winners Lordhelpmerun and Watch Me Dance plus a WA Oaks success story in Moodometer, Red Can Man might just provide the Albany based trainer with an elusive Group One.

“There’s any number of options,” Wolfe told Aushorse.  “But we would be looking at something like the Railway Stakes (1600m) in November.”

Wolfe’s enthusiasm is shared by well-known industry figure Noel Carter who purchased the galloper on Wolfe’s behalf and wisely retained a share.  “Red Can Man might just end up doing the job,” Carter said.  “I’ve been lucky to race some good ones with Steve over the years, including My Greek Boy, Our Ol’ Fella and You’re A Rum’In but this bloke looks like he could go all the way.”

Although he’s been based in Western Australia for over 40 years and established the successful Commercial Bloodstock in 1980, the reference to You’re A Rum’In belies Carter’s roots.  “I grew up on a farm in Tasmania and a ‘Rum’in’ is something of a scallywag, a troublemaker,” Carter reveals.  “I’ve always had a great interest in horses, but it’s not like it’s been some hereditary thing.  My pop had an old trotter and that was about it.”

Indeed, much of Carter’s early career was focused on Australian Rules, playing for Richmond in the VFL and winning a premiership with the club in 1973, and ultimately recognised with Richmond Life Membership in 2017.

Carter would shift across the Nullarbor in 1978, playing for South Fremantle and the West Australian State side over the next eight years.  It was during his stint with South Fremantle that Carter decided to indulge his passion for thoroughbreds, buying and selling on behalf of select clients and specialising in bloodstock insurance.

An owner, breeder, buyer, seller, Carter was also a committeeman for the West Australian Turf Club for 14 years.

Two years ago, Carter would – in tandem with his son, Duran – align his bloodstock business interests under the banner of PSC Bloodstock Services.  Sharing his father’s love of racing, Duran worked as a strapper, served on the TBWA committee and, for a number of years, headed up Inglis’s insurance division in Perth.

“Duran is right into it and PSC Bloodstock got off to a good start,” Carter continued.  “I reckon we supplied insurance for around half the lots sold at the last Perth Magic Millions Yearling Sale.  I’m 65 years old and looking to scale back a bit, but once you’ve been bitten by the racing bug, you never get it out of your system.”

Well, certainly not when a good one like Red Can Man comes along!

Among five stakes winners for Yarradale Stud’s Shamardal stallion Gingerbread Man – who is also the sire of Group Two Karrakatta Plate winner Ima Single Man and multiple black type winner Achernar Star – Red Can Man is out of Brocky’s Ace and was bred by the hugely successful Ellie Giles.

After producing a filly by Gingerbread Man’s Yarradale barnmate and Silent Sedition’s sire War Chant in 2018, Brocky’s Ace missed in 2019 but was again covered by War Chant last spring.

Brocky’s Ace is in foal and based on what Red Can Man has done, Giles will likely send her back to Gingerbread Man this spring.” 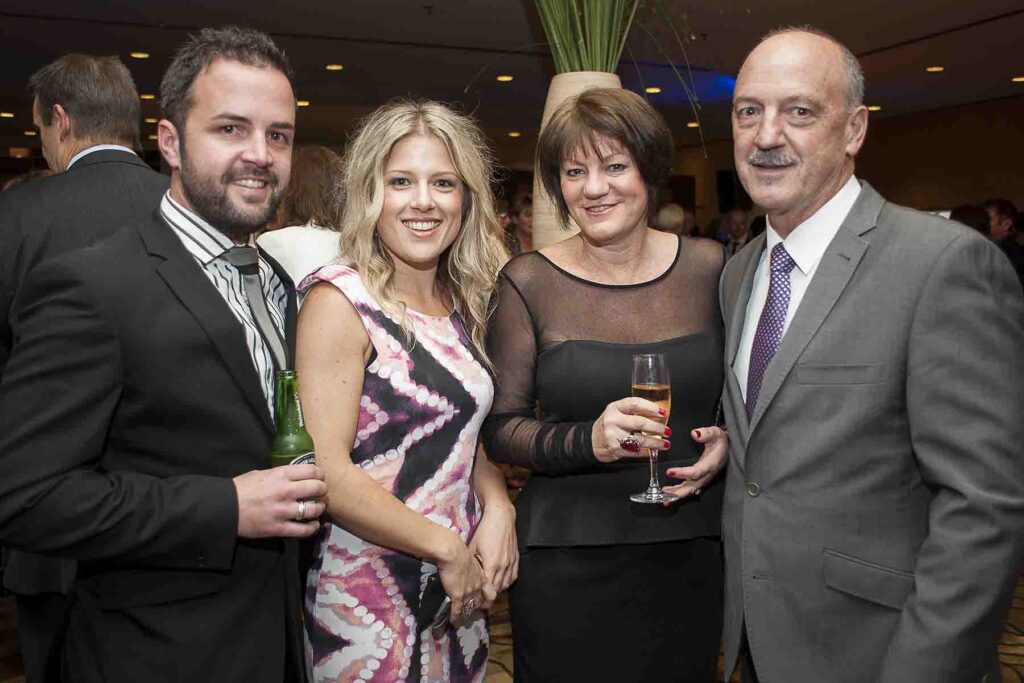