Red Can Man bounced back from a disappointing run at Ascot last month to score a brave victory in the LR Fairetha Stakes (1400m) on Saturday.

The 3yo son of Yarradale Stud sire Gingerbread Man appeared in trouble when tackled by Jericho Missile but refused to surrender and was still a neck ahead of the favourite on the line. He will now head towards the G2 WA Guineas (1600m) on November 23.

“He was caught flat-footed off a slow speed last time and I was going to turn him out,” trainer Steve Wolfe said. “But we analysed the run and realised he’s better when allowed to roll along.”

Red Can Man (3g Gingerbread Man – Brocky’s Ace by Surtee) was bred by Ellie Giles and sold for $50,000 through Western Breeders Alliance at the 2018 Perth Magic Millions to Noel Carter’s Commercial Bloodstock Services.

He’s a half-brother to Quilista (Scandal Keeper) who won stakes races in Perth, Sydney and Brisbane before being purchased by Aquis Farm for $950,000 at the Magic Millions National Broodmare Sale in June.

“We got it wrong last time but he appreciated the quick speed today,” jockey Peter Knuckey explained. “I baled out of the battle up front and then put him into the race on the corner.

“Jericho Missile got to me quickly when we straightened but the more we toughed it out, the more my horse was holding him. It was a good effort and he’s going the right way.”

Gingerbread Man (Shamardal) stands at Yarradale for a $4,400 service fee. 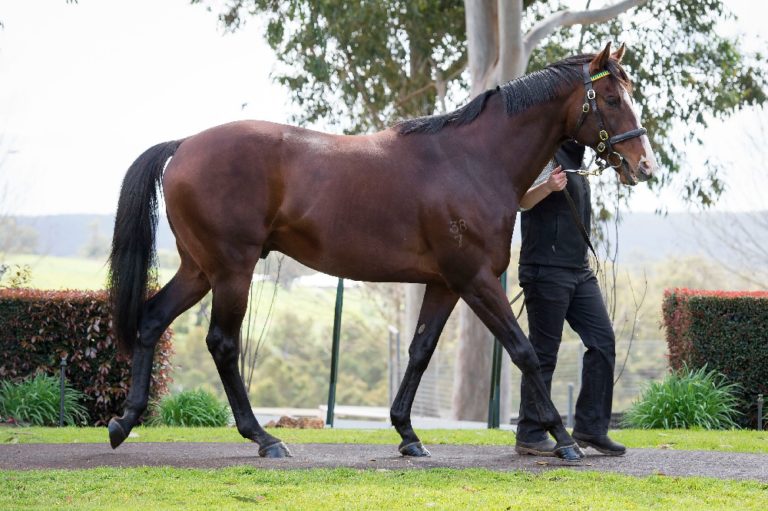