More Than Ready edged closer to another milestone when American Giant became his 199th stakes winner at Gulfstream Park on Saturday.

American Giant (2f More Than Ready – Giant Crystal by Giant’s Causeway) powered down the centre of the straight to win the Juvenile Fillies Turf (LR, 1600m) from Our Little Jewel (Hat Trick).

They filled out a black-type quinella for owner-breeders Live Oak Plantation and trainer Mike Trombetta.

American Giant is unbeaten in three starts on turf having won a Colonial Downs maiden in August and a Laurel Park allowance in September.  She was unplaced at her last all-weather outing in the Debutante Stakes LR at Presque Isle Downs on October 10.

Settling several lengths behind the leaders for jockey Sammy Camacho on Saturday, she moved into a more prominent position before splitting horses to skip home an authoritative winner while her stablemate chased two lengths astern for second.

American Giant is from a half-sister to 2012 Wood Memorial Gr.1 winner Gemologist (Tiznow) and is one of 22 individual 2yo winners sired by More Than Ready this year.

The Vinery legend’s best-ever northern hemisphere 2yo tally is 23 individual winners and he’s within one of that mark after Moral Reasoning won an Aqueduct maiden on turf on Friday.

Trainer Chad Brown prepares Moral Reasoning for Klaravich Stable and they’ve already struck at Group 2 level this year with More Than Ready’s 2yo filly Selflessly in the Miss Grillo Stakes at Belmont Park.

Moral Reasoning (2f More Than Ready – Alhucema by Aldebaran) had been sandwiched between next-out winners when runner-up on debut.  She started an even-money favourite second time out and got up in the final strides from Stunting, a daughter of More Than Ready sire Daredevil. 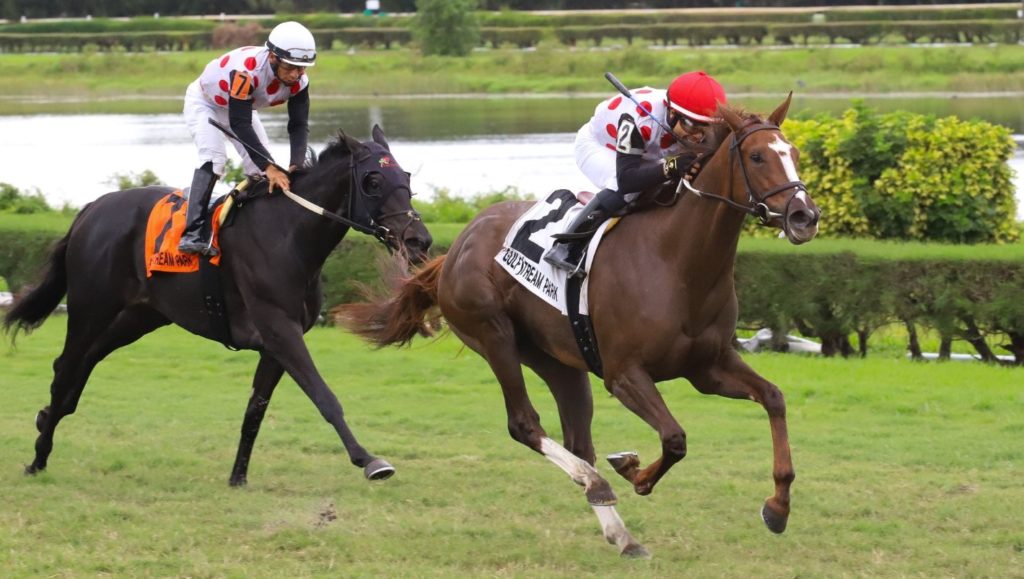