Headwater continued his rise up the Australian first-season table when Water Dove scored a courageous debut victory on Sunday.

Water Dove (2f Headwater – She’s Warrego by Giant’s Causeway) is the 7th individual winner by the Vinery Stud stallion this season.  She was under siege at the furlong but kept lifting to land the Wayne Mallison Maiden (1110m) at Dubbo.

Headwater is a Top 5 freshman in Australia with a first-crop headed by last month’s Ken Russell Classic Gr.3 winner Wisdom Of Water.  He has maintained that strike-rate in June with 2 winners and 5 placegetters from his last 9 runners.

Vinery’s commitment to Headwater continued to pay dividends with Water Dove.  She was bred at Manx Park in the NSW Southern Highlands and was purchased by Vinery at the 2019 Inglis Classic Yearling Sale.

“We breed plenty of Headwaters, obviously,” Vinery general manager Peter Orton said.  “But we like to support the breeders who support our stallions and she looked a lovely type at the Classic Sale.

”We were looking for the right race to kick-off and Sunday looked suitable even though it was against older horses.  She should go on and win better races from here.”

Manx Park manager Peta Tilden recalled Orton inspecting Water Dove at Riverside Stables.  “We put $20,000 on her and it was a bit disappointing when she didn’t make any more than the reserve.  Peter liked her, alright.  She’s a big, strong filly and we’re happy everything has turned out so well.

“Headwater is a real stallion prospect and we sent Hakwa (Harbour Watch) to him for her first cover last year.  She’s due in October.

Vinery has 22 yearlings catalogued for the Easter (Round 2) and Scone Sales at Riverside Stables this Sunday, July 5.  They will be available for inspection from Wednesday.

Headwater (Exceed And Excel) has two fillies and a colt at the Scone Sale.  The Vinery colt from Lady Lewinsky (Lot 327) is a standout and he’s from the immediate family of Typhoon Tracy and Alligator Blood. 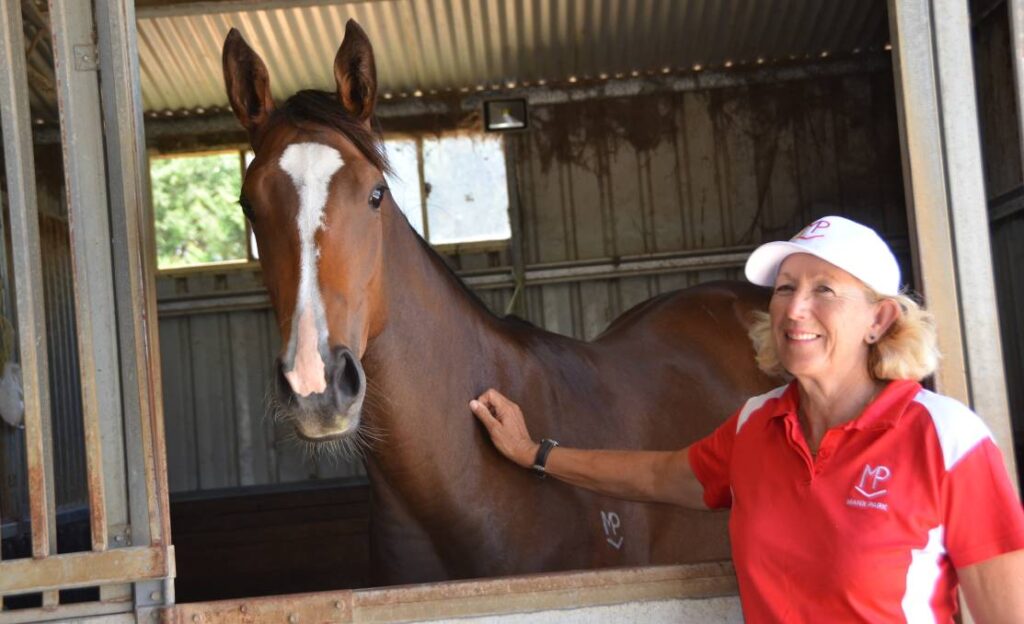