Comeback galloper Tullio is on a hat-trick for More Than Ready (USA) following two powerful finishing bursts at the Gold Coast this month.

The Tony Gollan-trained sprinter had been off the scene for well over a year with a leg injury after finishing second at Eagle Farm on Xmas Eve in 2018.  He won first-up over 900m on June 12 and then landed the money for favourite punters over the same track and trip on Friday.

Tullio is a 4yo son of Military Rose (General Nediym) who won a Reisling Stakes Gr.2 and Magic Millions 2YO Classic RL for Hoss and Gillian Heinrich.  He was bred and sold by Gerry Harvey for $150,000 through the Baramul Stud draft to the 2017 Magic Millions 2YO Sale.

“It’s exciting to see him winning after 18 months on the sidelines,” Gollan said.  “It’s a great reward for all the time and patience shown by the team.”

Tullio convalesced at Furlong Stud and Gollan’s senior stable-hand Wayne Schembri has helped him regain fitness with regular circuits of the swimming pool at Eagle Farm.

Vinery offers two More Than Ready colts (as agent) at the Sydney Easter Yearling Round 2 Sale at Riverside Stables this Sunday, July 5.

Lot 13 is from Lucky Country (Darci Brahma) who won the 2013 New Zealand Oaks Prelude and was beaten a nose in that year’s Desert Gold Stakes Gr.3 at Trentham. 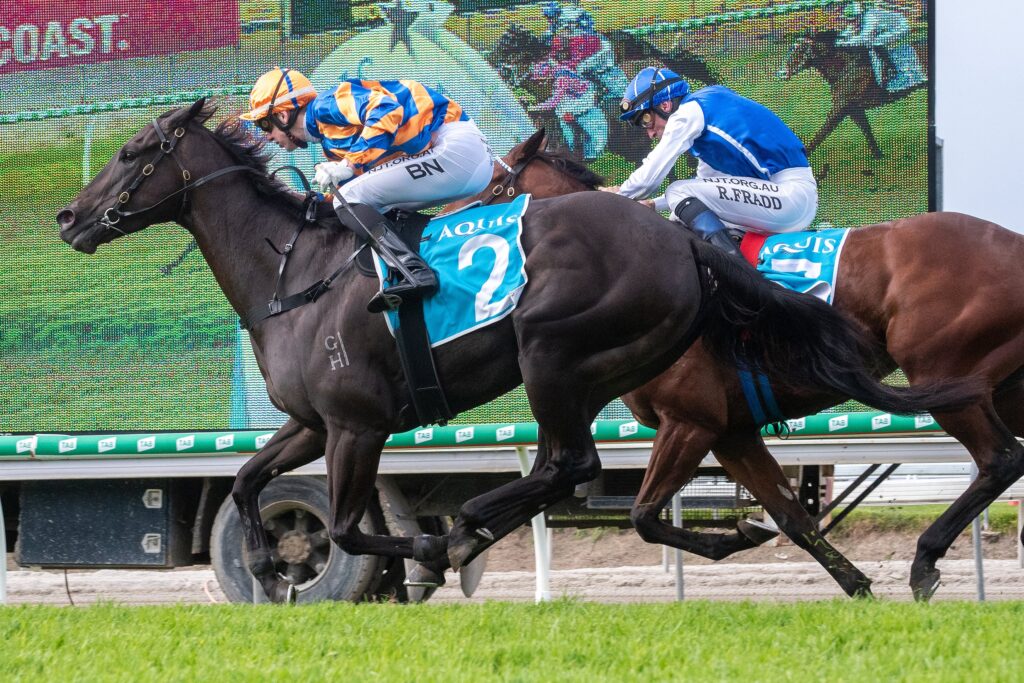