Gold Front stallion Awesome Rock is setting a cracking pace for the WA second-season premiership but Rommel refuses to let him establish too big a break at the top of the table.

With one-third of 2021-22 remaining, Awesome Rock has sired 12 individual winners for earnings of $972,000.  High-flying Newgate Stud resident Extreme Choice is the only second-season sire (10 winners minimum) building a better strike-rate in Australia.

Awesome Rock (Fastnet Rock) was represented by four Ascot winners in March starting with Rokanori in the Listed J C Roberts Stakes before doubling up with Kaymay and Diamond Blue at the midweek meeting on March 23.

Rommel (Commands) responded when Pale Rider earned $73,500 for winning at Ascot on Saturday, March 19 before a midweek double of his own with Madam Kisses and Wommel Wock on Wednesday.  That sent the Mogumber Park sire’s current stats to 11 individual winners for earnings of $840,000.

While Rokanori has been removed from markets for the G2 WATC Derby (2400m) on April 9, Pale Rider is priced at $15 for the $400,000 classic and it will add interest to the title race if he finishes in the money.

Pale Rider motored down the outside of the track for that winning pay-day when racing second-up over 1800m.  “He’s a laid back horse,” trainer Ted Martinovich said.  “And he’s got the ability to get the distance in the WA Derby.  He was a fair way off the leaders today but picked them up and was going as good as anything on the line.”

There were excuses for a midfield finish when he backed-up off a seven-day break in the LR Melvista Stakes (2200m). After being caught in traffic, stewards reported he was held tight and had to be steadied when Alaskan God shifted inwards when not fully clear approaching the 200m mark.

Martinovich won the WATC Derby with Joindre in 1986 when jockey Tom Pike carried the same yellow and red hooped silks as Pale Rider.  The gelding is owned by his daughter Simone Maloney and Martin Epis who is also in Awesome Rock’s recent Ascot winner Diamond Blue.

Ridgeport Holdings principal Santo Guagliardo raced Rommel and stands him with Mogumber Park owners Colin Brown and Fiona Lacey at Bullsbrook.  He bred and sold Pale Rider through the Chanti Creek consignment to agent John Chalmers for $34,000 at the 2020 Adelaide Magic Millions.

His dam Colleges (Elusive Quality) foaled winners when based at Yarradale Stud and she has been a regular cover for Rommel since changing hands in 2017.  Pale Rider was her first foal for Guagliardo and her 2yo is an unraced filly named Catch These Hands with Steve Wolfe.  Her latest is a filly foaled last August and she has a PPT to Rommel off a cover in September.

There’s any amount a stamina in the pedigree through second-dam High School (Sadler’s Wells) who is a full-sister to In The Wings.  He was a Group 1 winner in France (Grand Prix de Saint-Cloud), USA (Breeders’ Cup Turf) and England (Coronation Cup) before embarking on a successful stud career for Sheikh Mohammed in Ireland.

Group 1 winners by In The Wings included Darley superstar Singspiel and Central Park (Italian Derby) who was also runner-up to WA stayer Rogan Josh in the 1999 Melbourne Cup.  His sire-son Right Wing stood at Mungrup Stud and got 2011 Perth Cup winner Guest Wing. 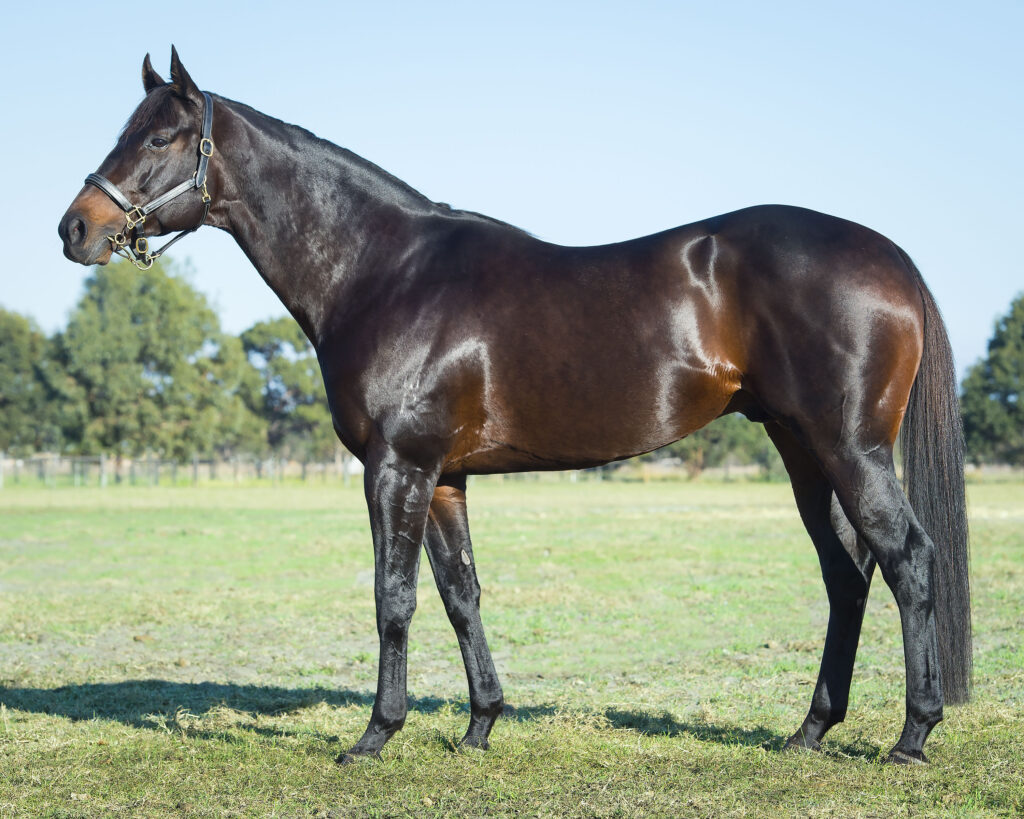