Snipillicious has returned from an injury-enforced spell to qualify for the $100,000 Westspeed Platinum Autumn Final (1200m) at Ascot on April 23.

The Snippetson sprinter sat in the box-seat behind Sioux City in a Heat of the Autumn Series last Saturday and was untroubled to score by more than a length over 1000m.  “He looked the winner on the turn and Clint (Johnston-Porter) was able to ease up before the line,” trainer Adam Durrant said.  “He’s durable and honest and can earn his stripes this time in.”

Snipillicious (4g Snippetson – Foxalicious by Due Sasso) was all set to make an impact earlier this season but a stable accident saw him sidelined for three months.  “He won a Saturday race first-up at Belmont and I was impressed because it was a big upgrade on his previous prep.

“But then he somehow swung around in his box and was unable to put any weight on a hind-leg.  It was nothing too serious but we had to let nature take its course and then start again where we left off.”

Johnston-Porter went into race confident off a winning trial at Lark Hill.  “We were in a good spot and he never felt like getting beaten.  He settled nicely and I can’t see any problems getting out to 1200m in the Final.”

Snipillicious (pictured) was bred and sold by Scenic Lodge for $26,000 at the 2019 Perth Magic Millions and is the first foal to the races from Foxalicious who won five times over the minimum trip in town for trainers Craig Wright, Ross Price and Stephen Miller.

Durrant also prepares his 3yo full-brother Foxy Son who ran a first-up fourth at Ascot last month.  He’s ready to break through as is his unraced 2yo full-sister Praecisio.  She cost trainer Russell Stewart $50,000 at the 2021 Perth Magic Millions and looked a nice type winning a Belmont trial on March 14..

Scenic Lodge has a Long Leaf – Foxalicious filly being weaned at Muchea and the mare is back in foal to Snippetson.

Snippetson is bearing down on his 500th individual winner following a maiden double last Saturday with Bay Wave (Victoria) and Bella Sprite (Kalgoorlie).  His career stats now stand at 494 individual winners of 1570 races.

His lightly-raced 3yo Featherweight returned to scale after his second win at Ascot for trainer Dan Morton on Thursday.  A half-brother to LR Ascot 1000 Guineas winner Like A Butterfly (Blackfriars), he was a $45,000 graduate from Scenic Lodge at the 2020 Perth Magic Millions. 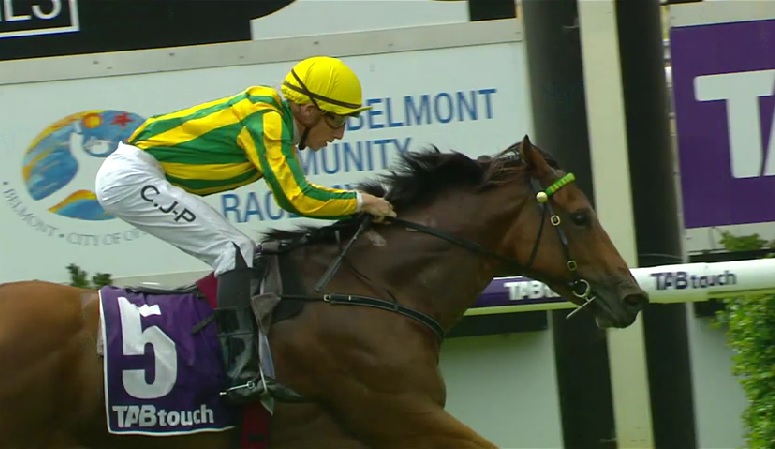