Dark Royalty can emerge from the shadow of his older half-sister for a feature victory in next week’s LR Hannans Hcp (1400m) in Kalgoorlie.

The Joanne Forrest-trained sprinter is exempt from a ballot in the Hannans on September 20 after winning the Kambalda Cup (1400m) on Sunday.  He’s on a hat-trick after an earlier victory in the Toyota Cup (1300m) in August.

Dark Royalty (6g Blackfriars – Card Queen by Final Card) held off a late challenge from Thidwick The Moose to claim the Kambalda Cup by a head with Prohurst Express another long-neck away third.

He is a half-brother to top-class filly Karuta Queen who won the Magic Millions 2yo Classic and G3 Australia Stakes for earnings over $1.85 million.  “I probably will never get another horse good enough to run in the Hannans,” Forrest said.  “He does get back but is improving and can sustain a long run.”

Dark Royalty was bred and sold by Scenic Lodge for $110,000 at the 2013 Perth Magic Millions.  He was purchased by John Chalmers Bloodstock (FBAA) and went into work with Ted Martinovich, however, after a couple of disappointing trials was transferred to the Goldfields.

His dam Card Queen has been a regular mate for Scenic Lodge champion Blackfriars.  Their latest foal together is an unraced 3yo filly named Ink Queen who is on the books with Martinovich.

Blackfriars stands for a $12,000 (plus gst) service fee which is remarkable value for a stallion that has won the last 7 WA sires’ premierships.  And he’s off to a career-best start this season with 20 winners of $764,000.

There’s more black-type on the radar for Blackfriars in the Eastern States before Dark Royalty goes around in the Hannans.  Trainer Darren Weir has Chocolate Holic in the LR Balaklava Cup on Wednesday and his stablemate Black Heart Bart has been nominated for the G1 Makybe Diva Stakes at Flemington this Saturday. 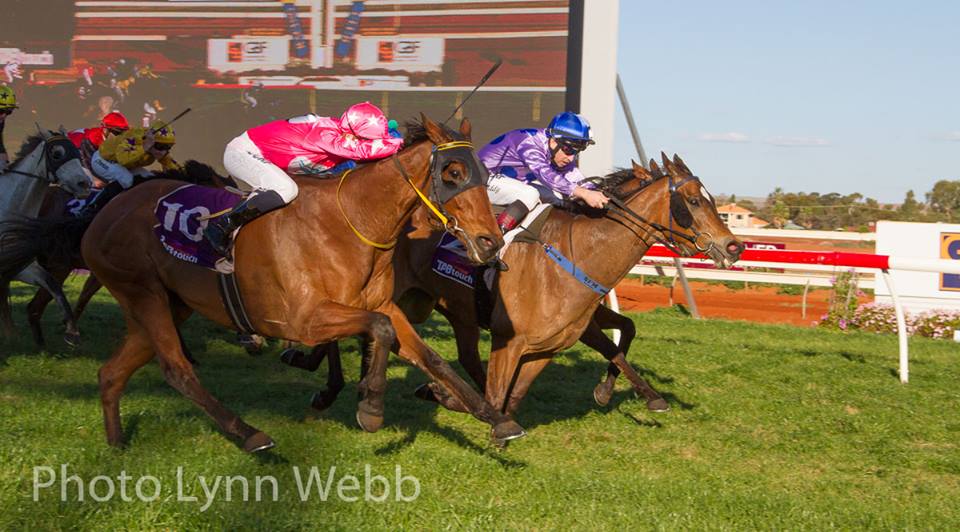