More Than Ready (USA) is taking care of business in the USA while covering his latest southern book at Vinery Stud.

He sired three stakes winners at Saratoga’s summer meet and followed up with more black-type on Saturday and a half-million dollar yearling at Keeneland’s September Sale on Monday.

Justa Lady (4f More Than Ready – Bet to Win by Pulpit) became his 176th stakes winner in the Tellike Stakes (1000m) at Louisiana Downs on Saturday.  She kicked into overdrive and flew home for a three-quarter length victory in a slick 56.13s on turf.

More Than Ready enjoyed another banner day with a $500,000 colt and a $350,000 filly during the opening session of the famed Keeneland September yearling sale.

The colt from Embur’s Song (Unbridled’s Song) was last into the ring on Day 1 and was purchased by Hartley-deRenzo Thoroughbreds.  His dam set a track-record winning the Keenland Doubledogdare Stakes-Gr.3 and she is also a half-sister to the dam of Belmont Stakes-Gr.1 winner Exaggerator.

There are a total of 53 yearlings catalogued by the Vinery shuttler at Keenland through to September 23.

He also smashed the record for a foal in Victoria with a $310,000 colt at the Inglis Great Southern Sale in June.

More Than Ready is as virile and fertile as the majority of young bulls half his age in the Hunter Valley.  And at $66,000 (inc gst), his service fee is probably half the going rate for a sire with his record. 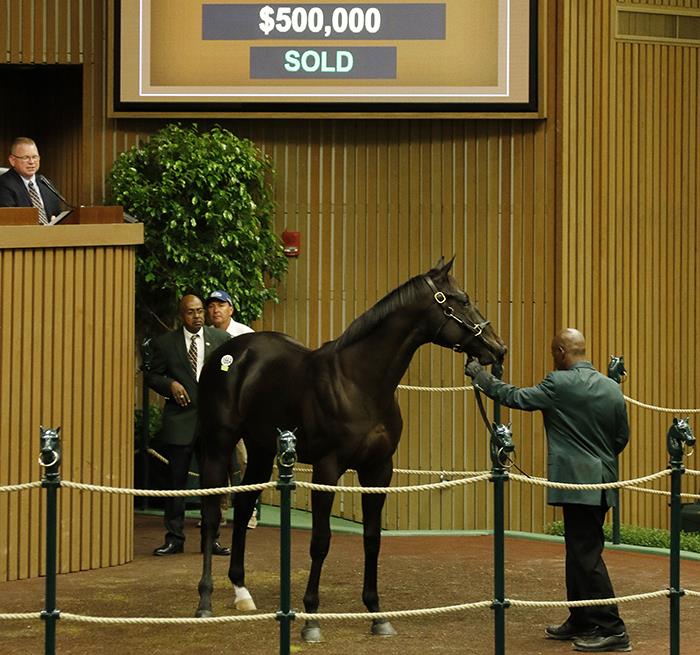