Angelic Ruler is ready for her next interstate trip to Melbourne following an impressive barrier trial at Lark Hill on Monday morning.

The Universal Ruler mare finished second to multiple city winner Forceful and co-trainer Dan Pearce reported she had pulled up well.  “She had a decent stretch and Chris (Parnham) was happy with the way she let down.  He said she went super and we will keep her ticking over here.”

Angelic Ruler is scheduled to fly out with the rest of the Pearce Racing team in a fortnight.  “She will race first-up in the (G2) How Now Stakes on September 21,” Pearce said.  “There are lots of options over there and we will make a plan after she runs at Caulfield.”

Following a LR Rangeview Stud Classic (1400m) victory in February, she went east for the Melbourne autumn carnival and was unlucky not to break through when placed in Group events at Caulfield, Flemington and Moonee Valley.

Even allowing for those close shaves, Angelic Ruler has banked $455,060 which includes $150,000 in Westspeed bonuses.  Her dam Tip The Angel (Tip The Pro) won 8 races for family patriarch Colin Pearce and her final foal is a 2yo filly by Vital Equine.

Scenic Lodge sire Universal Ruler wheeled out another promising filly when Obstination won a Lark Hill trial last Monday.  She had speed to burn putting three lengths on her rivals over 400m.

Obstination is trained by Darren McAuliffe and is back from a juvenile campaign limited to a couple of close up finishes at Belmont in June.  She will resume in the XXXX Gold Maiden (1000m) at Northam this Thursday.

McAuliffe has prepared her older half-brother Gatting (Hard Spun) to 10 wins and $1.44 million in prizemoney.   He holds a Group 1 nomination to the Cox Plate at Moonee Valley on October 26.

Universal Ruler stands for a $6,600 service fee at Scenic Lodge and his first reported foal this season is the colt from Hello Paris (Rothesay).  The dam won four city races for Elio Galante who has raced several winners by Universal Ruler including $320,800 earner Snow Lord. 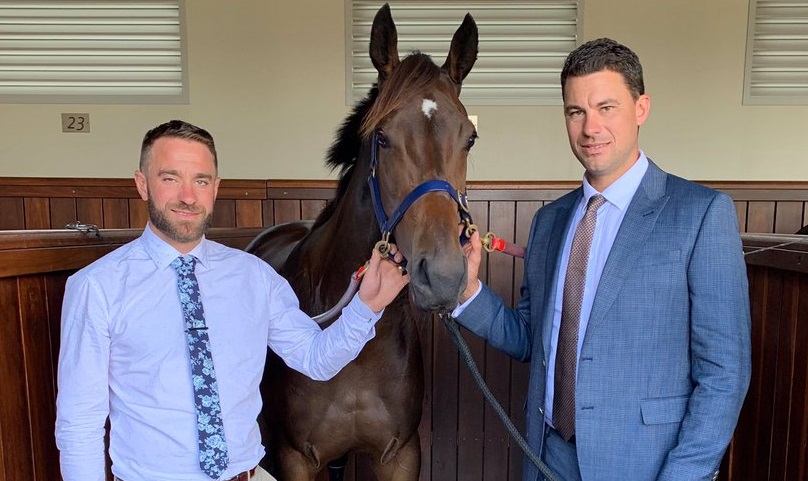