Red Warrior ran her rivals off their legs to win the Amelia Park Maiden (1008m) at Bunbury on Tuesday.

The 3yo daughter of Mogumber Park sire Safeguard was looking for the line over the concluding stages and had enough in reserve to defeat Universal Ruler pair Jakestar and We’ve Got Dreams.

Trained by David Harrison for owner-breeders John and Sharon Molloy, she races in the same colours as their former star sprinter Watermans Bay.  The Perth couple bred her from 2003 Perth Magic Millions 2YO Classic winner Rose Of Thunder (Metal Storm).

Red Warrior had shown a sizzling turn of foot when placed on debut at Ascot last December.  She hit the ground running on Tuesday and will take enormous benefit from her second-up outing in the south-west.

Safeguard (Exceed And Excel) was Champion 2YO and First-season sire in WA last season with earnings of $662,930 from an initial crop of just 30 foals.  His 3yo filly Safety Bay won a Northam maiden first-up for Fred Kersley last month and there were encouraging signs from his black-type galloper Miss West Coast at Ascot on Tuesday.

Miss West Coast had been on the easy list after over-reaching and quartering her off-fore heel last month.  “She worked home okay,” jockey Jarrad Noske reported after she finished sixth in the LR Burgess Queen Stakes.  “She wasn’t explosive but she’s fine.”

Trainer Trevor Andrews has the option of staying on track for the G3 Champion Fillies Stakes (1600m) on November 16 or freshening up for the LR Placid Ark Stakes (1200m) a week later.

Safeguard has sired 5 winners and 5 placegetters from 15 to the races.  He stands for an $8,800 service fee at Mogumber Park. 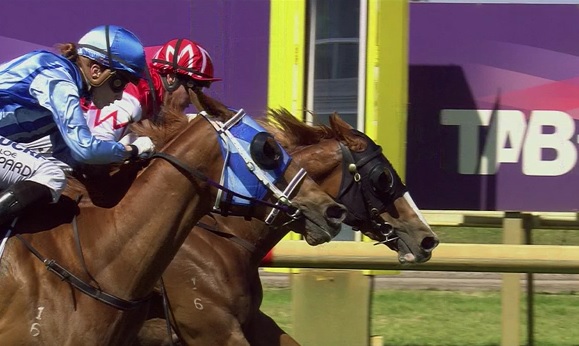