La Belle Jude looked a good thing at the Murray Bridge city meeting on Saturday and she rewarded punters who acted on a drop in grade and distance in the Irongate Hcp (1800m).

The War Chant (USA) mare routed her rivals in the Benchmark 78 following a strong placing the LR Centaurea Stakes (2030m) a week earlier at Morphettville.

La Belle Jude hit the front from the barriers and then settled in the box-seat for Todd Pannell. She ranged up to leaders in the straight and was doing her best work late to win running away by more than two lengths.

“She’s as tough as nails and gives her all,” Caulfield trainer Gemma Rielly explained. “She’s a real hard-ass but is my best mate. I just leave her to do her own thing.”

Rielly, 32, was apprenticed to Lindsay Smith in Perth before heading to Melbourne. “I bought her after she was passed-in at the 2015 Perth Magic Millions and named her after my gran Jude. She was my first winner and is the ultimate professional.”

La Belle Jude (6m War Chant – Cyclone Bella by Hurricane Sky) is from a daughter of G1 Australasian Oaks winner Belle Chanson (Biscay) and the latest victory improved her scorecard to 7 wins in 35 starts and $209,500 in prizemoney.

Her longevity is typical of the War Chant breed in Australia. She’s from his second crop at Yarradale Stud and last-start Kalgoorlie winner Major Mambo arrived in his first book at Gidgegannup.

At the other end of the time scale, War Chant’s 3yo filly Shape Shifter won her maiden for Lindsey Smith at Belmont on Thursday. She was a $30,000 graduate from Misty Valley Thoroughbreds at the 2018 Perth Magic Millions and her Irish-bred dam Ylang Ylang (Hennessy) is a three-quarter sister to USA Group 1 winner November Snow.

Hoofnote: La Belle Jude’s win coincided with the running of the LR War Chant Stakes at Churchill Downs on Saturday. The home of the Kentucky Derby celebrates the memory of War Chant’s remarkable victory in the G1 Breeders’ Cup Mile under the Twin Spires. 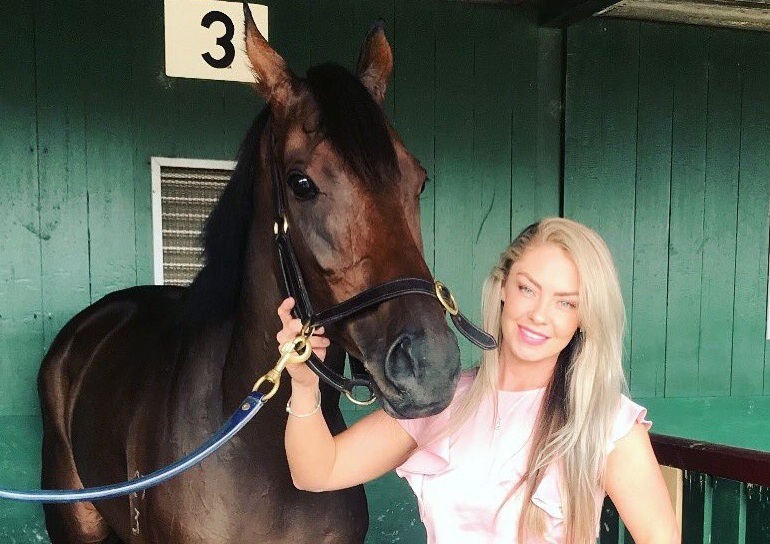