Metro Boy brought up an interstate double for Yarradale Stud and Inglis Digital Online Sales at Moe on Tuesday.

Racing first-up for new trainer Neil Dyer in the Parklands Motel Hcp (1011m), he sat outside the leader from a wide gate before assuming control in the straight under Daniel Stackhouse.  “Metro Boy did the job for us today,” Dyer said.  “He’s a lovely fella.”

Metro Boy is a 4yo gelding by former Yarradale sire City Place (USA) from Moonee Valley winner Born Princess (Elusive Quality).  He was bred and sold by Yarradale for $32,000 at the 2017 Perth Magic Millions and more than paid his way in WA earning $115,000 in prizemoney and Westspeed bonuses.

Initially trained by Dan Morton, he had gone a dozen starts since winning at Ascot in February 2019.  Connections sold him for $10,000 to Dyer at the Inglis March (Late) Digital Sale

Metro Boy would have been purchased with the Darwin carnival in mind by Dyer.  He makes the trek to the Top End at this time every year but COVID-19 travel restrictions have kept the team at home in Victoria.

His former stablemate Choncape repaid new connections with a first-up victory in the Adelaide Belt And Hose Maiden (1350m) at Strathalbyn last Sunday.  The 3yo gelding is by in-form Yarradale sire Gingerbread Man from Ms Chief Bound (Commands) who is a half-sister to Flemington stakes performer Sanadaat.

Choncape changed hands for $6,500 at the Inglis Online October (Early) Sale last year when purchased by clients of South Australian trainer Greg Lesnikowski.  He was ridden by Krystal Bishop and loomed ominously turning for home before edging out Go Boo Boo (Shinzig) after a final furlong duel at Strathalbyn.

Morton had correctly predicted the best years were ahead of the lightly raced-galloper.  “Choncape is sound and has plenty of racing left in him in our opinion.  He would be suited to a smaller stable that targets the country and provincial areas.”

The Inglis Digital Online May Sale has set a new record with an incredible 613 horses catalogued.  Bidding has already commenced and will be finalized on Thursday, May 28.  Mogumber Park leads WA vendors with 8 lots including three filly foals by Rommel.  There are also multiple entries from Scenic Lodge and trainers Lindsey Smith and Neville Parnham.

The catalogue can be viewed here: 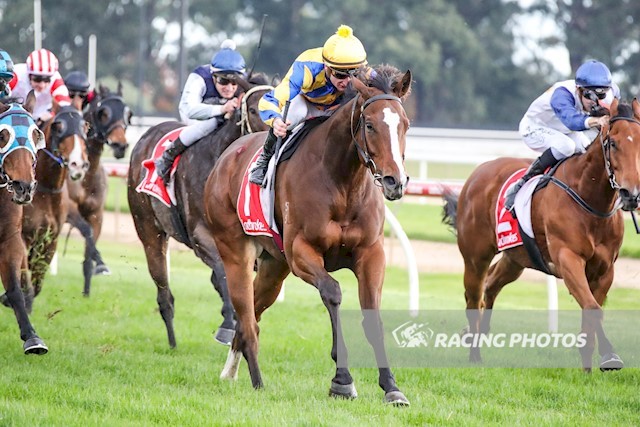