Managing part-owner Justin Warwick announced the move just days after Sheeza Belter announced her arrival on centre-stage at Pinjarra.  The Gold Standard filly flew from second-last in one of the most impressive 2yo wins seen for some time in WA.

“I have a huge opinion of the filly and want to maximise her value at the next level,” Warwick explained.  “She’s off to Sydney as soon as we can arrange a flight.”

Snowden Racing operates a high-performance stable at Randwick.  Since his days as Sheikh Mohammed’s private-trainer in Australia, Peter and his son Paul have prepared Group 1 stars Russian Revolution, Pride Of Dubai, Capitalist, Invader, Miracles Of Life, Shooting To Win and Everest Champion Redzel who banked over $16million.

Warwick raced Quilista with the Snowdens and he’s confident of a similar outcome with Sheeza Belter.  “I’ve left it to Peter on what path we should take,” he told RWWA journalist Julio Santarelli on Tuesday.  “I’ve had great success previously when Quilista went over to Peter.”

Warwick bought Sheeza Belter, on behalf of a large ownership group, for $50,000 from Mt Hallowell Stud at the 2021 Perth Magic Millions.  She is by Spendthrift Farm sire Gold Standard (Sebring) and her dam Saxabelle (Saxon) has a yearling colt by More Than Ready (USA) that has been retained by Mt Hallowell breeder Craig Thompson.

Quilista (Scandal Keeper) was a $10,000 buy as a yearling from Korilya Stud at the 2015 Perth Magic Millions.  Warwick and part-owners Livio & Renato Divitini raced her to a Listed win in the 2017 WA Breeders’ Classic at Bunbury.  Transferred east, she went on to win three more black-type races topped by the G2 Sapphire Stakes at Randwick for earnings over $750,000.

After those raceday celebrations, Quilista left the best pay-day till last for her WA owners when making $1 million at last year’s Magic Millions National Broodmare Sale. 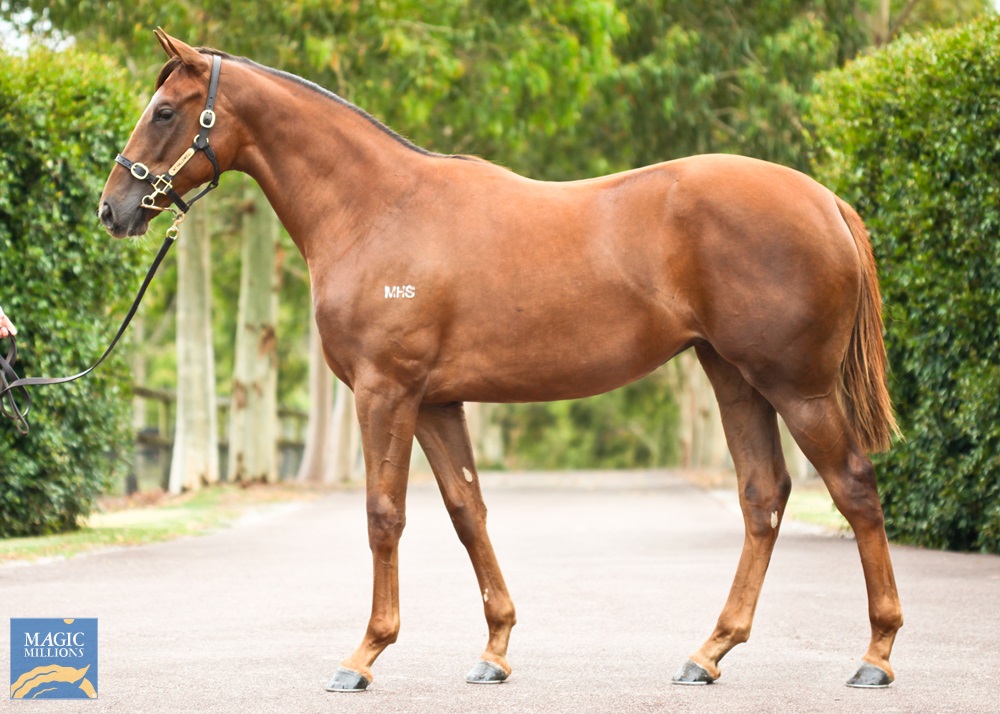