A few hours before Winx secured her 20th consecutive victory in the G1 George Main Stakes at Randwick on Saturday, she become an older half-sister to a filly by Exceed And Excel.

Their dam Vegas Showgirl (Al Akbar) has delivered 7 foals for John Camilleri of Fairway Thoroughbreds since being knocked down to him for $455,000 at the 2008 Magic Millions National Sale.

Winx (Street Cry) was the first to race and her second – El Divino (Snitzel) – won last year’s G3 Kindergarten Stakes at Randwick.  In 2014, Vegas Showgirl produced another Snitzel colt who was bought by Gai Waterhouse for $2.30 million to top the 2016 Inglis Easter Yearling Sale.  Now an unraced 3yo, he is named Boulder City.

Vegas Showgirl’s 2yo filly by Snitzel has been retained by Fairway Thoroughbreds and, after foaling to Exceed And Excel on Saturday, her owners may be tempted to look further afield in search of her next cover.

“There has been some discussions about possibly sending her to the Northern Hemisphere,” Segenhoe Stud manager Peter O’Brien said.  “The two horses we would consider are Dubawi and Galileo but we are also considering the obvious stallions in Australia as well.

“Vegas Showgirl is an absolute queen to look at and ticks every box in terms of quality.  She just stands out every time you see her.  She passes that on to all her foals.” 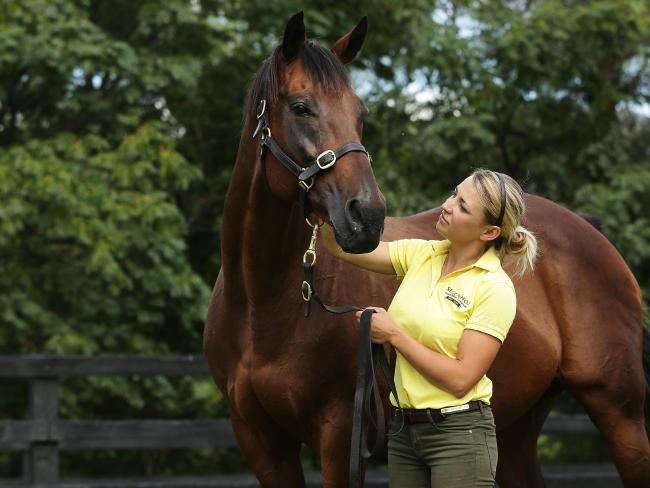 VEGAS SHOWGIRL
Australian Broodmare of the Year with Maria Pikhotska