By any measure, the numbers are stacking up for All Too Hard.

The Vinery young gun has already sired 7 winners this month, 10 winners this season and a total of 21 winners from his first crop.

Newburgh (pictured) is the latest 3yo winner by All Too Hard after doing a number on his rivals at Newcastle on Saturday.  Starting well in the red at $1.60, he gave favourite punters a scare with a slow start before soothing their nerves in a short-course maiden over 900 metres. 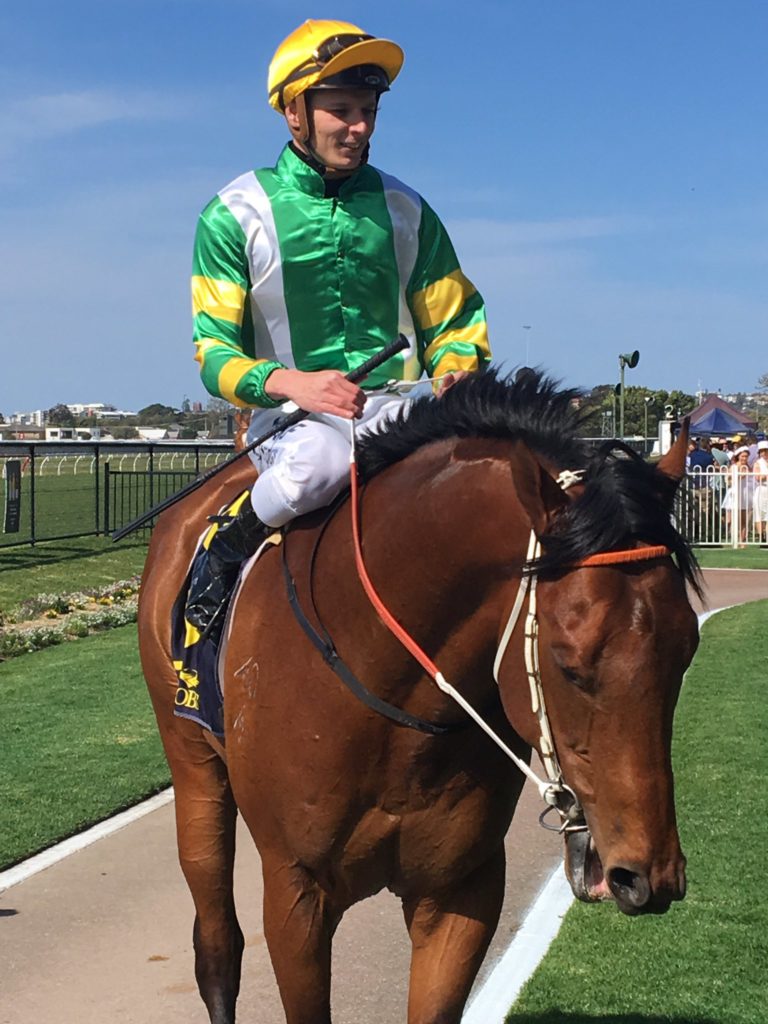 The Team Hawkes colt was expected to win first-up following a spell – he was placed behind top colt Menari on debut at Randwick in January.  “Another well timed ride from Koby Jennings,” Team Hawkes tweeted.  “He was well back in the run but was too good for them.”

Newburgh is a Turangga Farm homebred for Stuart & John Ramsey from Flemington stakes winner Panipique (Testa Rossa).  “It was a top win and the Hawkes boys are keen on him,” John Ramsey said.  “He will come to town and we work out a plan from there.”

A Benchmark 65 over 1200 metres at Rosehill on October 4 is the likely next assignment.

“We had to withdraw him from the Inglis Easter Sale,” Ramsey recalled.  “We sent Panipique back to All Too Hard but she lost a filly.

“She has a yearling colt by All Too Hard and we’re hoping Newburgh can win a stakes race before he goes to next year’s Easter Sale.  The mare missed to Zoustar last year and has gone back to All Too Hard.”

Team Hawkes campaigned All Too Hard to Champion Australian 3yo honours in 2012-13 and there are patent parallels at stud.  He’s already established a clear lead on the Australian second-season table with 10 3yo winners of $308,500 this season.

His 3yo colt Eclair Sunshine was another in action on Saturday with a black-type placing in the VRC Pin & Win Stakes-LR at Flemington.

All Too Hard is also making inroads against all ages in third place on the Australian 3yo winners table behind champion sires Snitzel (13) and Fastnet Rock (11).  He stands for a $44,000 (inc gst) service fee at Vinery.