Forestview Farm owners Ben and Jo Duncan topped the shop with $95,000 for Skating on Ice (Bradbury’s Luck).  The bulk of her 8 sprint wins were in Brisbane and she was also placed in the G3 Gold Coast Guineas.

The Busselton couple bought Skating on Ice in foal to Shalaa (Ire).  The Arrowfield Stud shuttler was the 2015 Champion 2YO Colt in Great Britain and France after Group 1 triumphs at Newmarket (Middle Park Stakes) and Deauville (Prix Morny).

Forestview Farm rounded out its Gold Coast spend with $50,000 for Helmaski (Helmet) in foal to Shalaa and $26,000 for Democrat (Octagonal) in foal to Your Song.

The Duncans now have three mares in foal to Shalaa.  Paris Heart (Seignorial) is back home after visiting Arrowfield earlier this season.  She is the dam of brilliant 2yo filly Kiss the Breeze and Infathuated who won 6 times up to a mile in Perth.

Westbury Park’s Phil Ibbotson bought into an improving pedigree when he paid $85,000 for Shihabi (Pins) in foal to Dissident.  Her younger half-brother Perast has won three stakes races this year and can give the family a Group 1 update in the Stradbroke Hcp this Saturday.  He’s on the third line of pre-post markets at $7.50 for Queensland’s premier sprint at Doomben.

Ibbotson weighed in with another $70,000 for Heaven (Medaglia d’Oro) who is positive to Darley NSW shuttler Territories.  Like Shalaa, he is a son of Invincible Spirit.

Fellow Western Breeders Alliance partner Wayne Beynon paid $60,000 for Bitter Twist (California Dane) in foal to Winning Rupert.  She is a half-sister to Hoegaarden who defeated Playing God in the 2010 Fairetha Stakes.

Beynon operates Einoncliff Park in North Boyanup and his other purchase Our Time Will Come (Oratorio) returns to WA after being knocked down for $42,500.  She won two Ascot nurseries and is in foal to Kiss and Make Up. 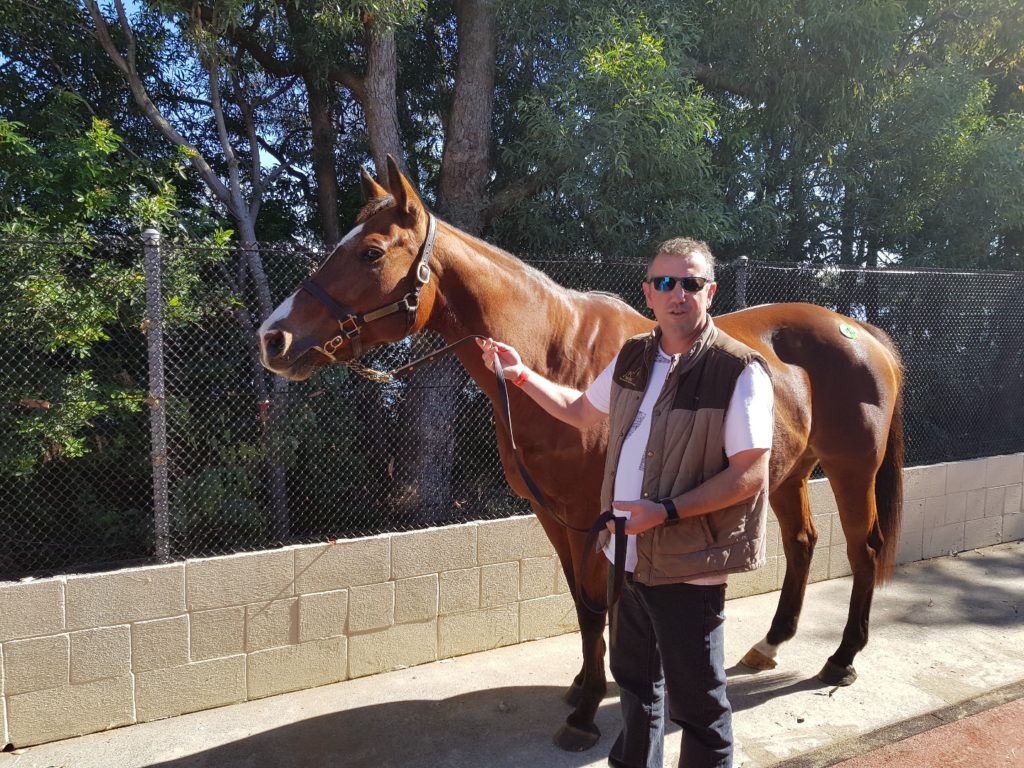