Playing God has the firepower to post another PB this season with a significant changing of the guard on the horizon in WA.

The Group 1 racehorse and sire has finished 5th and 3rd for the last two seasons while building a base for championship honours in the years to come at Darling View Thoroughbreds.  And the good news out of Mundijong is that he has recovered from surgery for a displaced large colon last November.

“Playing God is in really good order and great physical condition heading into his second year here,” Darling View general manager Brent Atwell reported a dozen days out from September 1.  “It’s a big season ahead for Playing God and I’m All The Talk.  They will both cover their biggest books yet.”

Smashing is from Playing God’s third crop and she opened his Perth account this season with a potent finishing sprint on Wednesday.  The Neville Parnham-trained grey mare flew home for a half-length victory over Starlift (Blackfriars) in the Free Entry To Belmont Park Hcp (1200m).

“She surprised me,” jockey Chris Parnham conceded.  “We were only moderately away and had drifted right back by the 400m mark.  I was sure she had too much to do and I still thought we were done at the furlong.  But she kept digging and can develop into a Saturday horse on that win.”

Neville Parnham is on record as declaring the younger sister to Lordhelpmerun (G3 WA Sires’ Produce Stakes) will make open-class in the next twelve months.  He should know having prepared Playing God to 8 wins and $1.67 million in prizemoney.  He also polished Smashing’s dam Pure Heaven (Snippetson) and second-dam Magic Heaven (Magic Ring) to multiple wins at Ascot.

Smashing is a homebred for Parnham with his wife Carol in partnership with popular stable client Paul Cooke.  There’s a 2yo full-sister waiting in the wings and they sent Pure Heaven back to Playing God last October.

Lord Jaysea was Playing God’s first domestic winner of the season at Port Macquarie last Friday.  He had won a Pakenham 3yo maiden for John Price before changing hands at the 2020 Inglis September (Early) Digital Sale.

Since transferring to the north coast of NSW, Lord Jaysea has thrived on a busy schedule for owner-trainer Neil Godbolt.  He has raced 20 times in 10 months for wins at Coffs Harbour (2), Tuncurry and at his home track on August 13. 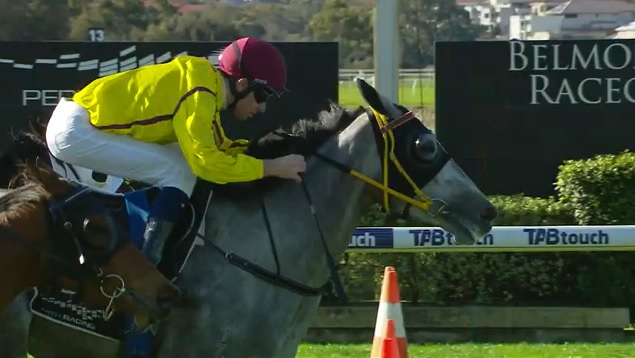