Inglis catalogued upwards of 40 yearlings with Super VOBIS stickers at the Australian Easter Sale and among the first to parade was the Written Tycoon colt (Lot 72) purchased by Coolmore Stud for $900,000.

Bred by Woodside Park and Sheriff Iskander, he was sold (as agent) by Arrowfield Stud and is the second foal of Perth winner Secret Doubt (Not A Single Doubt).  His second-dam Covertly won a G1 Railway Stakes at Ascot.

“He’s a smashing colt and is bred on the same cross Enthaar,” Woodside Park noted.  “She is a dual G3 winner (Gimcrack Stakes & Chairman’s Stakes) and it’s a cross with four winners from five runners!”

Secret Doubt’s first foal is the unraced 2yo filly Little Miss Magic.  She is also by Written Tycoon and was runner-up in an early-season Randwick trial for trainer Bjorn Baker.

Written Tycoon’s filly from Ballet Rose (Lot 210) was offered by Encompass Bloodstock’s Steve McCann and she was snapped up for $420,000 by former Hong Kong trainer John Moore.  Her dam is a winning half-sister to King’s Rose (NZ One Thousand Guineas Gr.1).

“They told me she was originally going to the Magic Millions in January,” Moore said.  “Written Tycoon is in vogue and I like the cross with Exceed And Excel.  She’s a very nice filly and I guess you have to go over the budget to buy the better types here.  We’ve been blasted out of the water on a few yearlings already.”

“Congratulations to Andrew Williams for securing this beautiful filly,” the Southbank-based business tweeted.  “She’s a strong, precocious type with an impeccable pedigree and was presented in exceptional condition.”

Peter Devitt also doubled up with a pair of Zoustar fillies that both realised $350,000.  Lot 79 is a half-sister to Melbourne stakes performers Shokara and Muswellbrook while Lot 331 is the first foal of Hear The Chant (G3 Thoroughbred Club Stakes).

Makybe received $350,000 for its Fastnet Rock filly (Lot 463) from the family of Procrastinate who has 11 stakes winners under her name including Group 1 fillies Laisserfaire and Personal.  Longwood nursery Rockmount chimed in with $300,000 for a So You Think filly (Lot 192) who is the first foal of Ana Royale (G3 SA Fillies Classic). 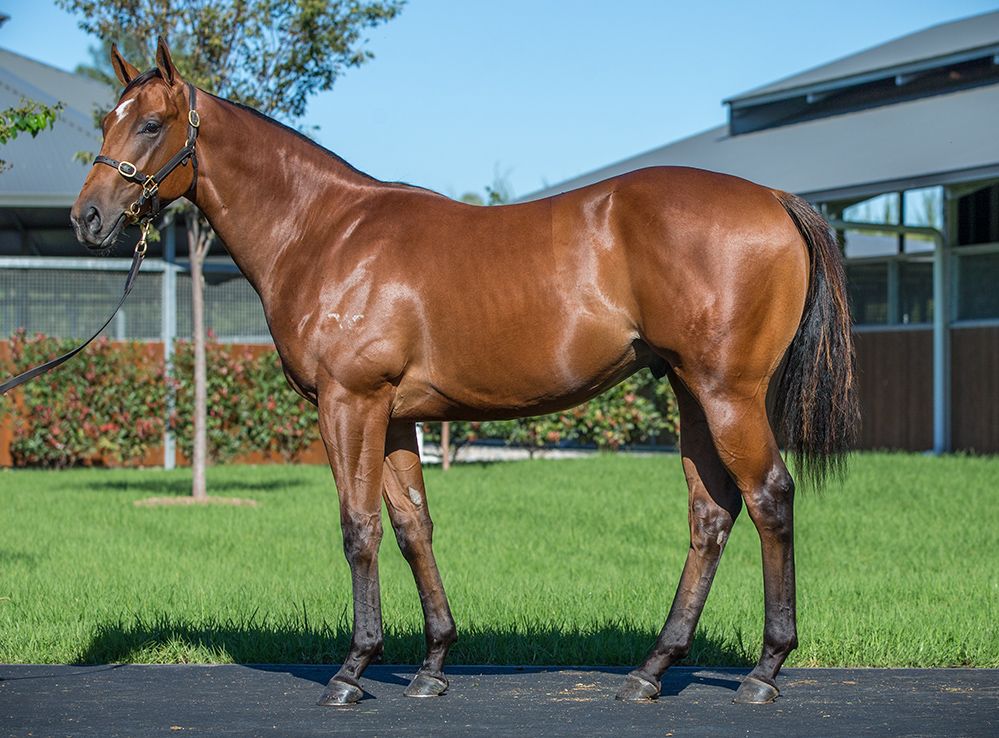