Mr Sneaky is the next Group 1 prospect on the horizon for Bluegrass Bloodstock (FBAA) agent Lenny Russo after a winning hat-trick in Melbourne.

Russo purchased the son of High Chaparral for $120,000 as a yearling on behalf of a syndicate headed by Dream Thoroughbreds manager Dave Azzopardi.  His dam Danesty (Danehill) is a stakes-placed sister to G1 Brisbane Cup winner Danestorm.

Mr Sneaky has won 5 of his first 12 starts for earning over $176,000. He signed off last season with victories at Caulfield and Flemington before resuming with a dominant victory in the Hocking Stuart Plate (1200m) back at Caulfield on Saturday.

“He was my top pick at the 2015 Melbourne Premier,” Russo recalled.  “He ticked all the boxes in our selection criteria and, with even luck, looks a stakes horse in the making.”

Russo bought his first Group 1 winner at the Oaklands sales complex in 2013.  Named Malaguerra, he won the 2016 BTC Cup and then doubled up in the Darley Classic at last year’s Melbourne spring carnival.

Mr Sneaky’s main target at this year’s carnival is the G1 Sir Rupert Clark Stakes (1400m) at Caulfield on October 1.  His final lead-up will be the G2 Bobbie Lewis Quality (1200m) or LR Paris Lane Stakes (1400m) at Flemington on September 16.

“He’s a genuine horse,” trainer Anthony Freedman said.  “And he gives his best every time.”

The 2015 Melbourne Premier was a bonanza for Bluegrass Bloodstock.  Other city winners from that Sale have been promising mares Ruby Sea (Sebring) and Magnatti (Magnus).

Russo also sourced The Willybe (Alamosa) from NZ earlier this year and he can break through at Morphettville this Saturday.  So can Gold Coast Magic Millions graduate Dream Alliance (Savabeel) who has been entered for three provincial maidens next week. 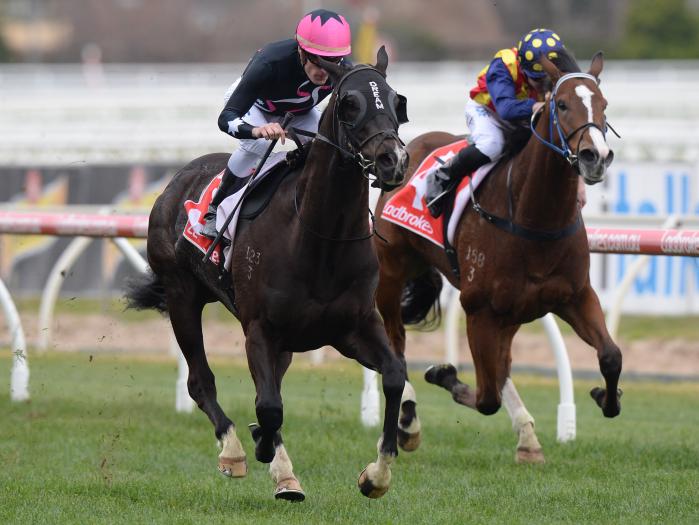