The Colin Webster-trained filly ranged up to Star Turn youngsters Beads and Vranyo at the furlong and put them away to score by a length.  It made amends for a disappointing debut behind Flying Missile last month.

Forever Dreaming (2f Snippetson – Absolute Cracker by Flying Pegasus) was a $24,000 buy from Scenic Lodge (as agent for breeder Glenn Martin) at the 2020 Perth Magic Millions.  She races for a syndicate that includes Webster and his wife Lynne, Martin and the Luzi family.

“I couldn’t believe she ran so poorly first-up,” Webster admitted.  “Her trials had been excellent so it could have been just stage-fright.  She pulled up okay and I thought she would win today.

“She missed the kick slightly but I was happy with the way she travelled and she’s certainly going to get further.  I think she can be a Champion Fillies type next season.”

Forever Dreaming is the final foal of Belmont 2yo winner Absolute Cracker.  Second-dam Arabella (Belele) was a Group 3 winner of the 1994 WATC Sires’ Produce Stakes.

Forever Dreaming was the second-leg of a winning double for Scenic Lodge and Martin on Wednesday following How’s The Serenity in the Dream Horse Hcp (1200m).  They sold the Magnus filly for $40,000 to Simon Miller at the 2019 Perth Magic Millions.

How’s The Serenity’s dam Sweet Serenity (Pearl Of Love) won four times in Perth and she also earned black-type with a Listed placing in the 2011 Jungle Mist Classic.

Scenic Lodge stands Snippetson and Universal Ruler for $8,250 this season alongside Dash For Cash ($2,200).  All fees (inc GST). 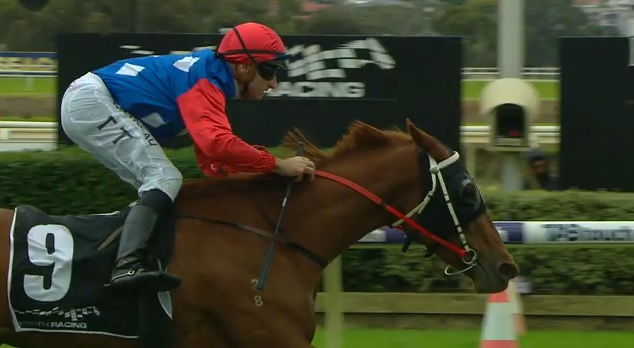