Casino Kid has unleashed a potent sprint to end an unlucky run of outs in the TAB Highway Plate (1500m) at Randwick.

The Muswellbrook-based 3yo gelding appeared to have excuses again on Saturday when a gap in the straight was shut tight by Albury mare Sharlie.  He recovered to post a two-length victory over The Drover (Bon Hoffa) and Mr Wong (Mossman).

“He had travelled beautifully into the race but then the run closed and I had to search for another passage,” in-form apprentice Reece Jones said.  “Once in the clear, though, he knew what he had to do.  He has a bit of class with a great turn of foot and he put it all together today.”

Casino Kid, by Vinery sire Casino Prince, powered home to a Wellington 2yo maiden win twelve months ago but his only other score so far this year was a Gunnedah Class 2 over a mile last month.  “There was a hard-luck story in every one of those races he didn’t win,” trainer Jan Bowen claimed.  “It’s just his style of racing.  He comes with a big finish and needs to get the right run.

Casino Kid was bred by Newcastle owner Dan Morice and is raced on lease by his son with family and friends.  Saturday’s Highway prizemoney sent his earnings to $115,075 which includes BOBS payments of $22,500.

His dam Cyclone Annie (Hurricane Sky) is a half-sister to Ponton Flyer (VRC Kewney Stakes Gr.2) and she raced in the same colours for trainer Tommy Hughes.  Her final foal is a 2yo filly by Press Statement.

Casino Lord is another 3yo son of the Vinery sire on a Highway mission this year.  Trained by Cody Morgan at Tamworth, he completed a home-town hat-trick on May 17 for Scone-based part-owner and breeder Phil Eveleigh.

“He has just improved so much this preparation,” Morgan said after that last-start victory.  “He didn’t show us a great deal at his first prep but came back and has been really consistent.  He’s having a break for about a month and then we will get him ready for that Highway on Everest Day.”

Casino Lord is a half-brother to Auckland Futurity LR winner Rhaegar (Pluck) and is the final foal of Grand Lady (Grandera).  She’s a half-sister to Arena fillies Rena’s Lady (Australian Oaks Gr.1) and Raise (Adrian Knox Stakes Gr.3).  Eveleigh bought her from the Turangga Dispersal Sale at Scone in July 2017.

Casino Prince (Flying Spur) has sired the winners of 90 races in 2020-21 and won’t be long breaking through the century mark for the 8th season in a row.  Owner-breeders looking for a bargain this season need look no further than Vinery Stud where Casino Prince stands at a $5,500 (inc GST) service fee with payment on a live foal. 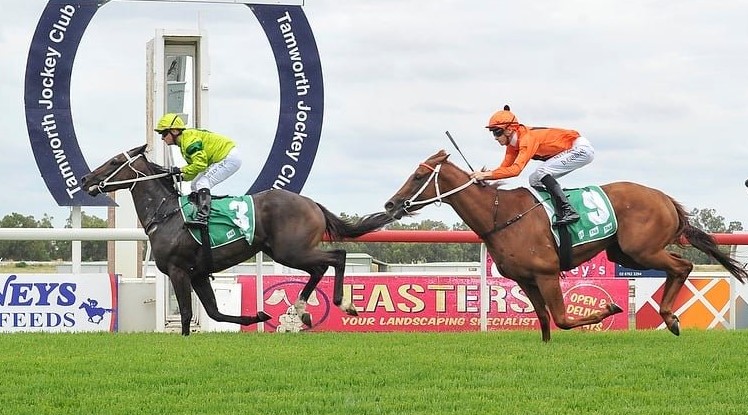