They reckon that patience is a virtue and, if that’s the case, the connections of Snippets Land – winner of Saturday’s LR Spear Chief Hcp (1400m) at the Sunshine Coast – are a pretty virtuous bunch.

Previously the winner of six races including the LR Canberra National Sprint, Snippets Land hadn’t sighted the winners’ enclosure since capturing the G3 BRC Sprint at Doomben on 21 May 2016.  That’s two years and 12 days, or in track terms, 23 starts between drinks.

“I purchased Snippets Land for good mate Ross Visalli,” leading bloodstock agent Steve Brem told Aushorse.  “The horse has had a frustrating run of outs, but Ross and his crew have had a lot of fun with him, too.

“He’s actually been quite unlucky in some of his races.  Ross wasn’t at the track on Saturday, but I told him that barrier 17 and the way the Caloundra track banks, Snippets Land was in with a real chance.

“I would imagine that a good indication of his ability is that Peter and Paul Snowden wouldn’t have too many horses in their stable – if any – that hadn’t won for 23 starts.”

Ironically, Peter Snowden had considered pulling out Snippets Land from the Spear Chief.  “After he drew the outside barrier, I was thinking of scratching him and sending him out for a spell,” Snowden said post-race.  “He also isn’t his best on wet tracks, but we decided to roll the dice and he’s come up a winner.”

Snippets Land really caught the eye on the Gold Coast.  “I liked the horse a lot, he was a really good type,” Brem points out.  “Ross actually raced his sire Snippetson and was keen to support him at stud.  In fact, I recommended that he buy into one of the first Snippetsons and that turned out to be G2 Tulloch Stakes winner Fast Clip.”

Snippetson has sired 12 stakes winners and transferred to Scenic Lodge in 2015 where he stands for a fee of $6,600.  He is currently the leading active sire in Western Australia.

Snippets Land is from the Testa Rossa mare Seduction Line, a half-sister to Melbourne stakes winners, Slipstream and Blazing Aspect and the dam of five winners, including the stakes placed Canny Franco. 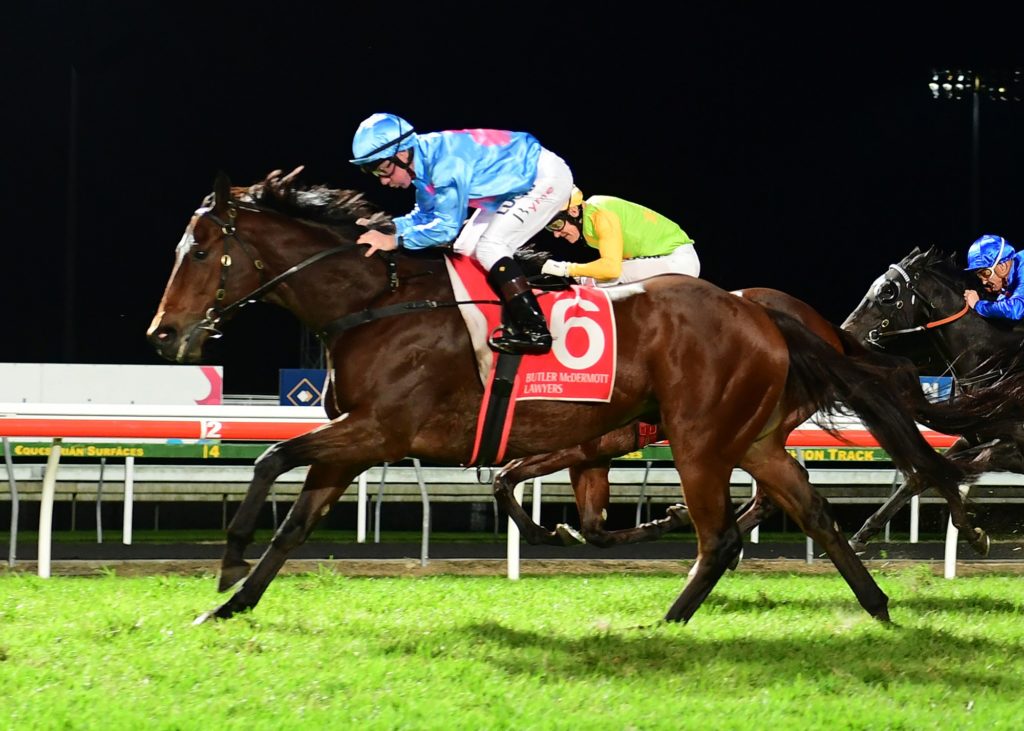