The Freddy Head trained filly is the 147th stakes winner sired by More Than Ready.

Sonnerie (3f More Than Ready – Pas De Reponse by Danzig) had won her maiden at Chantilly in June before an unplaced run in the LR Prix Amandine (1400m) at Maisons-Laffitte.  “I’ve always liked her but the ground was too fast last time,” Head said.  “She needs give to show her true quality and she did today.”

Fourth early at Longchamp, Sonnerie worked her way to the front at the furlong and had the race won before the odds-on favourite found top stride.

“Maxime Guyon gave her a good run,” Head added.  “There aren’t many suitable 1600m races for her and she not nominated for the G2 Prix Daniel Wildenstein so we will look at the program and then make a decision on her next start.”

More Than Ready heads the Vinery roster this year at a $66,000 (inc gst) service fee. 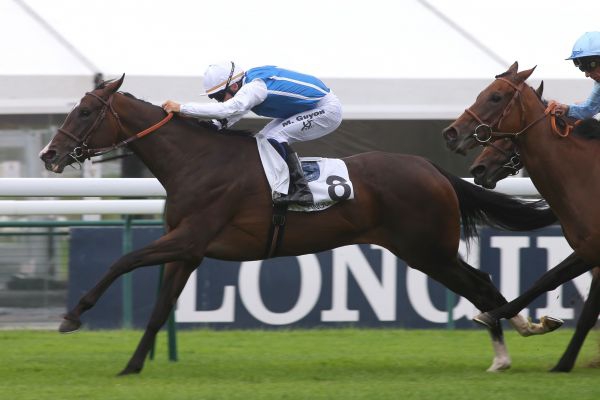