Fownes had won the feature previously with durable Group 1 gallopers The Duke (2004) and Lucky Nine (2010).  It remains to be seen if I’m In Charge can ever reach those heights but he’s definitely going in the right direction.

I’m In Charge (6g Magnus – Obbligato by Redoute’s Choice) was a last-start Sha Tin winner in July to top off a season that yielded 4 wins from 7 starts.  “I think he’ll only improve now and we will go forward, keep progressing him and treat him like he’s a horse on the up,” Fownes said.  “He could be another good sprinter for the stable and be competitive in the good sprint races down the road.”

I’m In Charge settled mid-pack on the fence until Matthew Chadwick switched out for a run as the field turned in.  Forced to shift five wide upon straightening, I’m In Charge found clear running with 350m remaining, quickened to lead inside the final furlong and held the late charge of runner-up Exciting Dream.

Fownes believes he has the scope to make the G1 Hong Kong Sprint (1200m) field come December.  “It seems to be every year there’s a couple that get there and mix it with the top sprinters and he might be one of them.  He’s still got a ways to go but you can’t knock him.  He’s doing it off light weights, it’s easier for him right now but if he can progress one or two lengths in the next three or four months he’s there.”

I’m In Charge was bred by Dorrington Park’s Rob Crabtree and went through the Eliza Park International draft for $65,000 at the 2011 Gold Coast Magic Millions.

He won a Geelong maiden by three lengths on debut before being exported to Hong Kong in October 2013.  His dam Obbligato is an unraced daughter of G3 STC Sweet Embrace Stakes winner Postage Due (Luskin Star).

Magnus stands for a $17,600 (inc gst) fee at Eliza Park International this year. 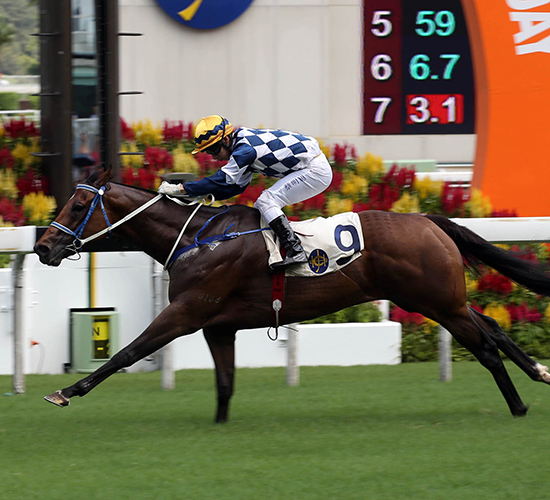