The Gingerbread Man mare went out an even-money favourite for the Sportsbet Hcp (1000m) and was always in control to defeat Was Written (Written Tycoon) first-up since April.  “She was positive from the jump and happy up front,” Clarke reported.  “She was strong in the straight and nothing was going to get past her!”

Okay To Pay had won a Cranbourne maiden on debut in March and added a Ballarat Benchmark 64 before going out for a spell.  Thursday’s victory improved her record to 3 wins in 5 starts for Aqua Thoroughbreds owner Tom Curnow.

Curnow has a Yarradale connection through War Chant (USA) mare Silent Sedition who won a Group 1 William Reid Stakes at Moonee Valley in 2017.

Gingerbread Man 2yo grey filly Born And Bread is with Ascot trainer Kieran McDonagh and she’s the final foal from Born Princess.  Yarradale retains a link with the family through Born Spicy, a 4yo mare by Gingerbread Man who won a Pinjarra maiden on Anzac Day.

Normally unflappable after training a winner, Stokes went out his way to praise Sheridan Clarke.  “That’s very special,” Stokes said.  “It was a brilliant ride and we are so proud watching Sheridan win her first race for the stable.”

Clarke, 27, rode her first winner when partnering Eagle Spirit at Terang last month.  She was twice rejected from the intake for Racing Victoria’s Apprentice Jockey Training Program but was successful at her third attempt earlier this year.

Thursday’s meeting was also a first for former Perth apprentice Chloe Azzopardi in Victoria when she guided Gateaux (Pierro) home for trainers Leon and Troy Corstens.  “I came out of my time last year and thought I would give Melbourne a shot,” she said.  “I wasn’t riding as much as I liked back home and I’m willing to ride wherever, whenever for more opportunities.”

The highlight of Azzopardi’s apprenticeship was an Ascot treble at the Easter Saturday meeting in 2019 aboard the Yarradale-sired winners Dance Music (War Chant),Valour Road (Frost Giant) and Settlers Creek (Discorsi). 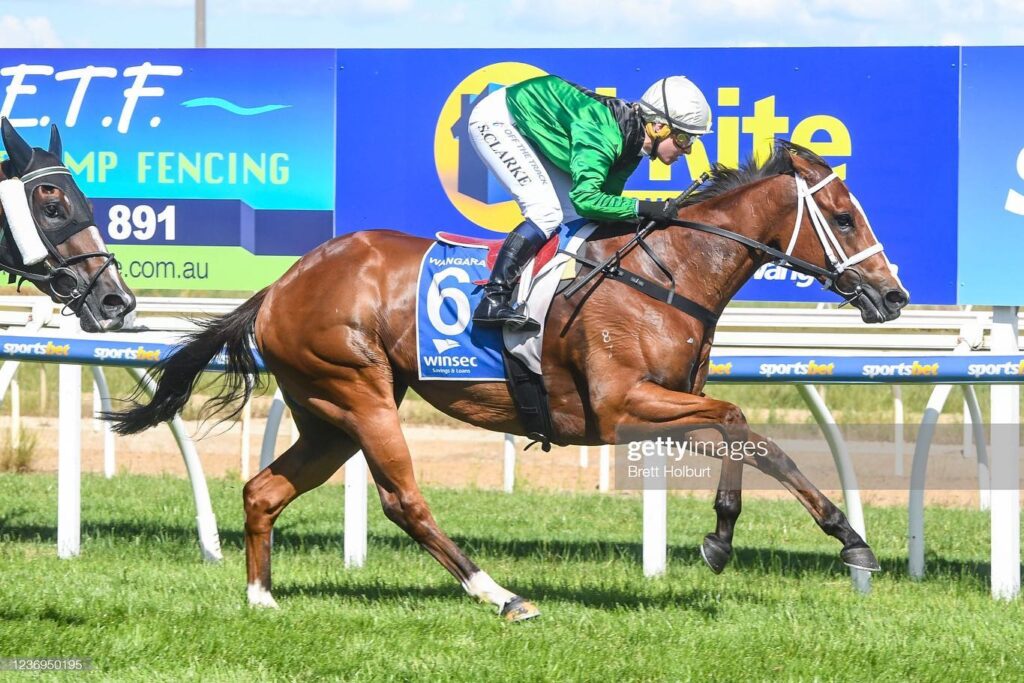