Frank Maynard turned the clock back 40 years when he prepared Miss Frost to win at Ascot on Tuesday.

The Yarradale Stud-bred filly was bailed up in traffic before angling wide and balancing at the top of the straight. She responded for Craig Staples and reeled the field within a furlong.

It was special result for the veteran trainer on a day that celebrated the career of his brilliant filly Burgess Queen. They won a half-dozen stakes races topped by a Karrakatta Plate and Lee-Steere Stakes.

They were also days when Maynard controlled one of the leading stables in the State and this week proved he can still match it with the young guns given the right cattle.

Being an old Boulder boy, he set Miss Frost for a first-up win in Kalgoorlie last month and she won a strong maiden as an odds-on favourite. “She’s still immature but is getting better and better,” Maynard said. “She got to the front in Kal and then laid in. She’s tough and likes being trained out of a paddock.”

Reed bought her for $20,000 at the 2017 Yarradale yearling sale and he was also in the market for Astralander (War Chant) and Jack’s Frost (Frost Giant). They were in same price range and are now unraced 3yo geldings with Maynard.

Frost Giant’s final crop from two seasons shuttling to Yarradale includes this year’s G2 Karrakatta Plate winner Valour Road who will be all the better for a last-start fifth in the LR Belgravia Stakes. 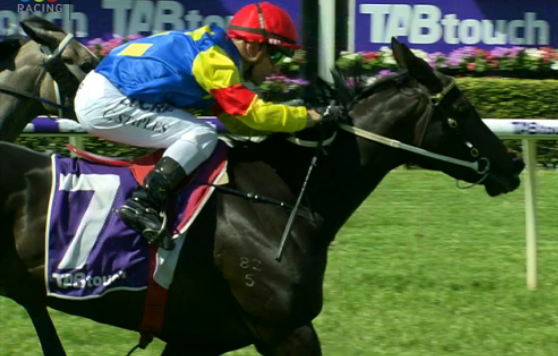