WA-bred sprinter Saul’s Special increased Zac Purton’s lead at the top of the Hong Kong premiership with another convincing victory at Happy Valley on Wednesday.

Purton has ridden 152 winners with five fixtures remaining this season and he’s now three from four on Saul’s Special following the Grass Island Hcp (1000m).  “He’s improved a lot, especially mentally, and was drawing away tonight,” trainer Michael Chang observed.  “He was very concentrated and focused when I saddled him up.

“Zac came back and told me he sat and waited and was full of confidence.  And once he asked, the horse just flew.”

Saul’s Special (Charge Forward) was Chang’s 17th win of the season and is the highest-rated galloper in his stable.  “It’s hard to win these Class Two sprints at Happy Valley.  He sprinted well clear and the ease of the win surprised me – it was very impressive.”

Duncan purchased his dam Cortina Gal (Flying Spur) for $70,000 at the 2013 Inglis Easter Broodmare Sale.  She is related to Diamond Dash (G3 WA Sires’ Produce Stakes) and her most recent foals are a 2yo gelding (Lies ‘N’ Deception) and yearling colt (Cortinez) by Oakland Park sire Sessions.

Hoofnote:  Mt Hallowell import Hush Writer (Jpn) is spelling after a courageous victory in the LR McKell Cup (2400m) at Rosehill earlier this month.  He won at Longchamp last year before transferring to the Sydney stables of Gai Waterhouse and Adrian Bott.

“He is a different horse to the one that arrived from France in the spring,” Bott said.  “He suffered a bit of culture shock but we gelded him and he’s really enjoying his work now.

“Hush Writer’s rating makes it hard to place him down here and we wanted to give him a couple of runs before coming back for the spring carnivals.” 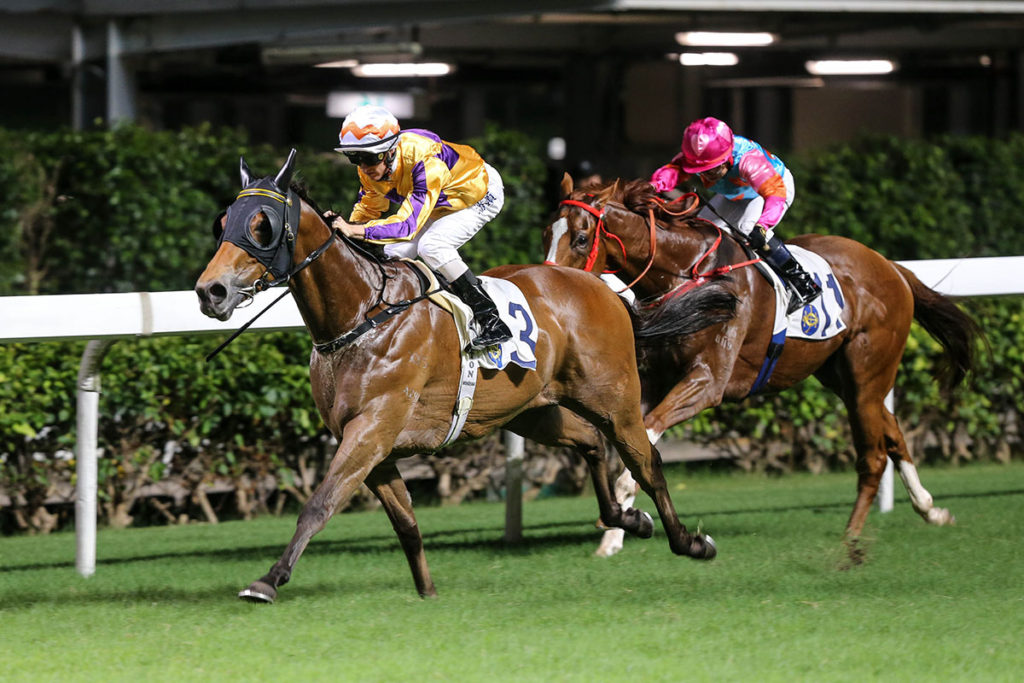