Vinery Stud has six foals entered for the Magic Millions National Weanling Sale and they will be parading as from this Sunday, July 26 at the Gold Coast.

The National Sale has more than 1,800 lots parading over 7 sessions with the Weanling Sale scheduled for Thursday and Friday, July 30 and 31.

Bloodstock manager Adam White is confident Vinery’s foals – three colts and three fillies – will be popular with buyers on-site and they can be inspected at Stables Y & Z.  Online buyers can view parade videos here:

The boom on Vinery freshman Headwater will put the spotlight on his filly from Warm Charge (Lot 994).  “She’s the only Headwater in the Sale and is a big, strong, forward individual,” White said.  “Headwater is building a high-profile and his latest winner Hydro Star shaped like a very promising colt at Sandown on Wednesday.”

All Too Hard had a colt make $100,000 at the Inglis Weanling Sale and his colt from Helena Helsinki (Fastnet Rock) starts the Vinery draft as Lot 815.  “He’s an athlete and the cross with Fastnet Rock has already produced Stakes winners like Amangiri and Hard Rock Girl,” White added.  “His second-dam is by Encosta de Lago and that cross produced Alligator Blood!”

A second All Too Hard foal is the filly out of Whippy Van (Lot 1001).  She’s neat type and the dam is a Street Cry half-sister to Hooked (Casino Prince) who nudged a million-dollars in earnings after being sold as a winter 3yo by Patinack Farm.

More Than Ready (USA) also has two foals at the Magic Millions National Sale leading with the colt from Holly Zou (Lot 818) that reminds White of the Vinery legend’s Group 1 racehorse and sire Sebring.  “He’s a big, tall, scopey colt in the mould of Sebring and his dam is a half-sister to Zoustar.”

The More Than Ready – Confident filly (Lot 1064) is another with Golden Slipper connections.  She looks very sharp and is out of a mare by Not A Single Doubt who sired Vinery graduate Farnan to win this year’s Golden Slipper.

A first-crop colt by Group 1 winning sprinter Hellbent from Rupavari (Redoute’s Choice) has been catalogued as Lot 925 by Vinery.  His 2yo half-sister Obiri (So You Think) is working up to a win for trainer Edward Cummings and his yearling half-sister by More Than Ready has been retained by Kia-Ora Stud.

Vinery’s consignment to the Gold Coast will close out another very successful sale-season that started with two $500,000 graduates at the Magic Millions Yearling Sale in January.  A $600,000 Vinery graduate topped them at the Inglis Easter Yearling Sale on the back of a near-perfect clearance rate at the majors this year. 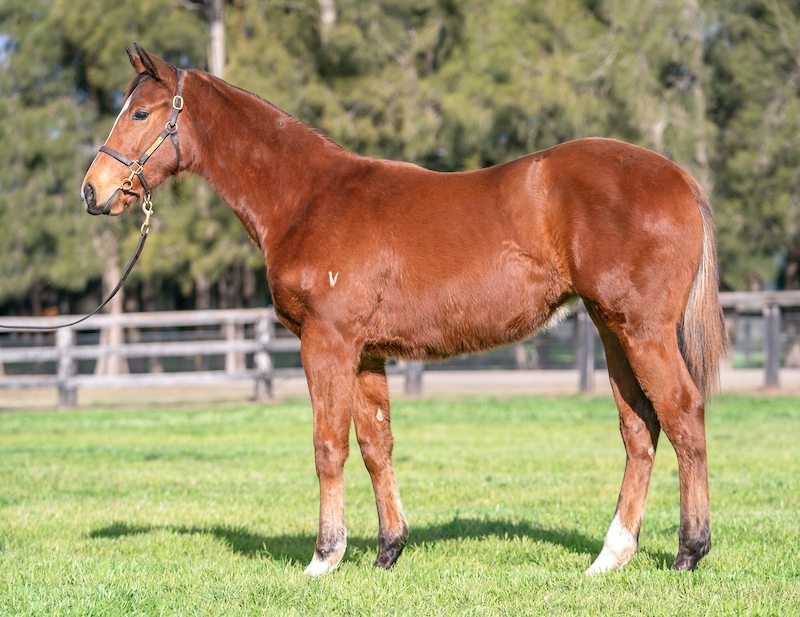