Sambar is owned by the O’Bree family who are based in the mid-west at Kojarena.  They bought the More Than Ready (USA) mare from Amelia Park in 2016 and her page has since gone from strength to strength.

Tiger Of Malay won the G3 Up And Coming Stakes (1300m) at Kembla Grange and three hours later Samizdat rocketed home in the LR Belmont Newmarket (1200m) in Perth.

The O’Bree clan – Rod & Bridie and their children Jaime & Daniel – sold Tiger Of Malay for $255,000 at the 2020 Inglis Easter Sale and kept a share in a syndicate managed by Henry Field (Newgate Bloodstock) and China Horse Club.  Trained by Richard and Michael Freedman, he won the G2 BRC Sires’ Produce Stakes in May and, following Saturday’s first-up victory, will now be set for the G1 Golden Rose and G1 Caulfield Guineas.

“Tiger Of Malay always showed quality from a young age and we were just so happy with him leading up to the Easter Sale,” Jaime O’Bree told www.tdnausnz.com.au on Monday.  “We really wanted to keep him but we also want to genuinely sell our horses.  I talked to Henry and he was more than happy to let us keep a share.

“The Freedmans have placed him beautifully and he carried a significant weight (61kg) on Saturday.  It’s been a dream ride so far and hopefully he can make a name as a future stallion this spring.

“Then to have Samizdat come out and win a few hours later was even more than just icing on the cake.  It was extraordinary day for Sambar.  She has done a cracker of a job.”

Samizdat had topped the 2017 Perth Magic Millions when purchased by trainers Chris and Michael Gangemi for $325,000.  The Belmont Newmarket was his fourth black-type victory following the RL Magic Millions 3YO Trophy, G3 Asian Beau Stakes and LR Scenic Blast Stakes.

The good-looking chestnut will board the first available flight to Melbourne where he will be suited down the straight-six at Flemington.

Sambar is in foal to Lonhro and is booked to Exceed And Excel this season.  A daughter of Vinery legend More Than Ready, she was a Randwick winner for Gai Waterhouse and her page has black-type going all the way back to 1980 Golden Slipper Stakes winner Dark Eclipse.

The O’Brees were also pleased to see All Too Hard star Behemoth win the G3 Spring Stakes at Morphettville on Saturday.  His half-sister Ofcourse She Does (Murtajill) is owned by Group 1 breeder Ellie Giles and her Dawn Approach yearling filly was part of the Ruby Racing & Breeding consignment to the this year’s Perth Magic Millions.

The filly didn’t make reserve in February but returned to the Swan Valley a second time for the Magic Millions Winter Sale in June.  Catalogued by Yarradale Stud (as agent), she made $28,000 to the bid of Ascot trainer Dan Morton. 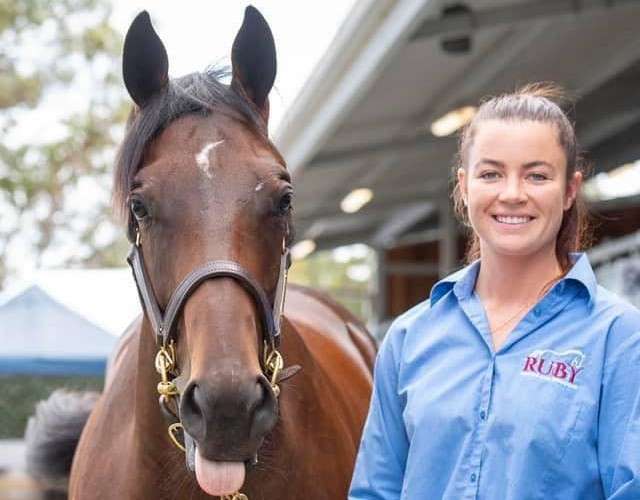