Lim’s Cruiser is the new star of Singapore’s sprinting ranks after an emphatic victory in the Group 1 Lion City Cup (1200m) at Kranji on Easter Sunday.

The imported son of Vinery sire Casino Prince completed a feature race hat-trick when he careered away to score by two lengths from Alibi (NZ) and Storm Troops (Arg).  The domestic Group 1 followed wins in the G2 E W Barker Trophy and G3 Rocket Man Sprint.

“He’s got gears and I knew from the beginning he was special,” trainer Stephen Gray said.  “His turn of foot is amazing and he has a great future.”

Lim’s Cruiser (4g Casino Prince – Hope Downs by Good Journey) is owned by Lim Siah Mong who banked a large slice of the Lion City Cup prizemoney worth the equivalent of AUD 754,180.

“They went quick in front and we had a beautiful run,” jockey Danny Beasley explained.  “He impressed me so much when he sprinted at the 600m – I knew he couldn’t lose.”

Lim’s Cruiser has won 6 times in 9 starts at Kranji and his next assignment will be the G2 Stewards’ Cup (1400m) on May 28.  He was a $100,000 buy at the 2015 Magic Millions National Racehorse Sale and won a Gold Coast trial for Gillian Heinrich before transferring to Singapore.

Casino Prince struck black-type twice at Easter having sired Hooked to win the Group 3 Victoria Hcp (1400m) at Caulfield on Saturday.  He stands at Vinery Stud for an $11,000 (inc gst) service fee. 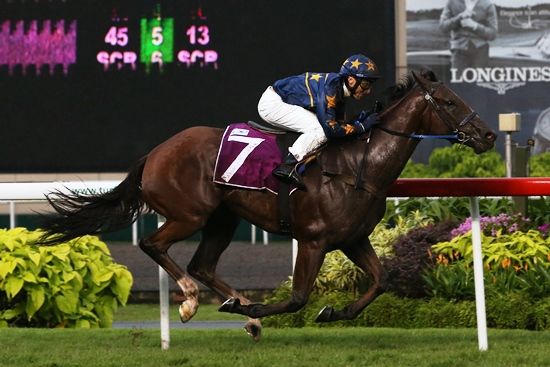