Deep Image is a stakes-winner in waiting for Testa Rossa and trainer David Vandyke.

The lightly-raced 3yo gave the performance of a genuine winter carnival candidate in the BRC Memberships Plate (1350m) on Saturday.  He tracked I’m A Rippa (Love Conquers All) and then reeled in the front-runner to score by a head at Doomben.

“I’ve always had a huge wrap on this horse,” Vandyke reported.  “He ran second to Winning Rupert at his first start in December and then we freshened him up with this race in mind.”

Deep Image will start his black-type campaign in the Listed Tails Stakes (1600m) at Eagle Farm on April 29.  “He’s a typical Testa Rossa,” Vandyke claimed.  “There’s plenty of races available for him up to 1600m.”

Vinery Stud sold him for $150,000 at the 2015 Gold Coast Magic Millions.  His dam Starwish (Redoute’s Choice) is an unraced daughter of G1 Australia Stakes winner Stella Cadente and she has another two colts in the pipeline by More Than Ready.

Tony McEvoy produced a talented Testa Rossa 2yo filly named My Bad at the Oakbank carnival on Easter Monday.  She swept down the outside with a last-to-first finish in the Advertiser Maiden Plate (1050m).

My Bad is a homebred for Pipeliner Bloodstock’s Wayne Mitchell.  Her dam Evidentia (Redoute’s Choice) won in Adelaide and is related to Group 1 star Encounter. 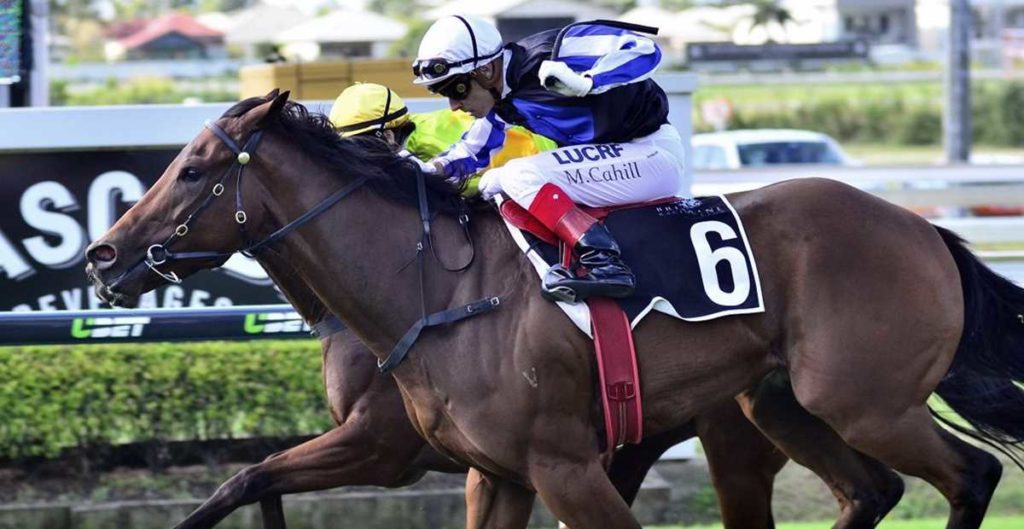