Vinery Stud has announced its stallion line-up for 2017 with Group 1 sprinter Star Turn joining the roster for a $22,000 (inc gst) service fee.

In a stellar crop of colts, Star Turn drew first blood as a spring 2yo in the Pierro Plate at Randwick and returned for a 3yo Spring campaign with a dominant victory over Golden Slipper winner Capitalist in the G3 San Domenico Stakes.

Sent to Melbourne, he produced another brilliant burst of acceleration to win the G2 Schillaci Stakes at weight-for-age against older horses and then signed off with a third in the G1 Coolmore Stud Stakes.

Trainer John Hawkes put the Coolmore Stakes result into perspective. “Give us the winner’s run and we win. Simple as that.”

Star Turn’s sire Star Witness was a Group 1 winner as a two and three year-old and he heads this season’s third-crop sires’ premiership with earnings over $4 million.

ALL TOO HARD:  Champion 3yo of Australia with unlimited potential at stud having exceeded all expectations with his early 2yo crop.  His first crop includes NZ 2yo winner Lincoln Hills and Australian stakes performers All Too Huiying and Mystic Empire amongst a 15 Metropolitan placings.

CASINO PRINCE: Prolific winner-getter and primed for another 100-plus individual winners in 2016-17. Yearlings sold to $180,000 this year and his 2yo colt Casino Fourteen is tipped for a big future after an eye-catching debut win for trainer Greg Eurell on Sunday.

HEADWATER: Speed-on-speed.  By Exceed And Excel from G1 Oakleigh Plate winner River Dove., Headwater is a Group 2 winner of the Silver Slipper Stakes and was equally potent as a 3yo downing G1 Newmarket Hcp winner The Quarterback at Stakes level at Flemington.  Fully subscribed last year and set for another big book this spring.

MORE THAN READY: Supreme shuttler.  Sire of G1 Golden Slipper winners and classic colts the calibre of G1 Victorian Derby winner Prized Icon. Already the Sire of millionaire sale graduates in Australia ($1.4 million at Magic Millions) and also in the USA in 2017.

PRESS STATEMENT: Group 1 son of Hinchinbrook.  The only colt of his generation to win at Group 1 level as a 2yo and 3yo.  Trainer Chris Waller rated him a “superstar and a better 2yo than Zoustar & Brazen Beau”.  A must-see stallion who has developed in a magnificent type.  First foals due this spring.

TESTA ROSSA: Ever-reliable and ever-popular stallion with breeders and yearling buyers. Phenomenal 73% winners-to-runners strike-rate after a decade of service at Vinery Stud.  Sired his 61st stakes winner with Dark Alert on Sunday. 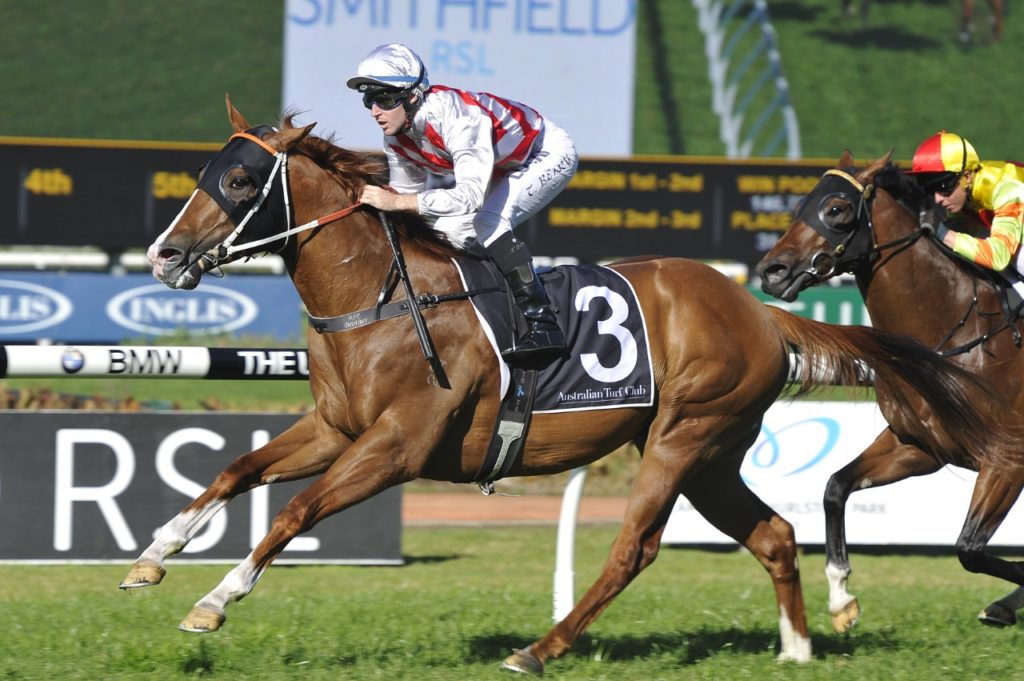